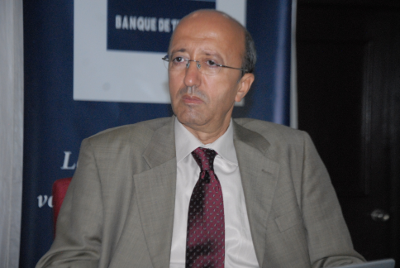 “In a country exhausted by five years of crises (institutional uncertainty, increase in terrorist activities, political amateurism, protest fever, banditry in distribution circuits, …) that have heavily damaged the economic fundamentals, the Central Bank of Tunisia (BCT) cannot do better in terms of monetary policy. ” This is what appeared from the recent economic note prepared by economist Moez Labidi and published by the Research Department of broker MAC SA.

Under the title “Is ECB stimulus within the grasp of BCT,” the study revealed that today in Europe as in Tunisia, geopolitical uncertainty, the rise of insecurity and structural malfunctions outweigh the interventions of central banks. However, unlike the BCT whose room for manoeuvre is very thin, the ECB still has more unconventional tools, thanks to the depth of its capital markets,.

“If the use of negative interest rates is not justified for the Tunisian case, given the strong presence of inflationary pressures and the low level of savings, the dynamism of the bond market remains a promising avenue to boost the effectiveness of monetary policy.

BCT could not hope to expand the range of its non-conventional instruments without serious reform of the financial market, particularly the bond market, “reads the study.

Can the Tunisian monetary authorities learn from the ultra-expansionary policy of the ECB to restore color to fundamentals at half-mast? Moez Labidi’s answer is the following: ECB executives prioritize measures that allow restarting inflation and growth in the euro area. Those of the BCT share the same concerns for growth, but remain vigilant to inflation risks.

For, all the ingredients of a skid remain present: downward pressure on the dinar, excessive wage claims, partial control of distribution channels, … and the gains recorded in inflation (6% in June 2014 to 3.3% in February 2016) are not yet reassuring, as evidenced by the maintenance of inflation at a relatively high level (4.7% in February 2016).

By opening the floodgates of liquidity, ECB executives would bring inflation to the target of 2%, while forecasts indicate 0.1%. That difference in context, where inflationary threats continue to weigh on the Tunisian economy, justifies BCT decision to keep its key rates at a positive level, and explains the negative sliding of European rates.

Labidi, in the same context, indicated that despite the avalanche of liquidity injected by the Central Bank since the Revolution in January 2011 (almost 5 billion dinars today against 962 million dinars in December 2010), no significant sign of soaring stock prices was observed on the Tunis Stock Exchange.

He noted that the development of the bond market could improve the effectiveness of monetary policy. “In case of deterioration of economic conditions and rising recessionary pressures, central banks will be brought to lower their rates. Or, in some cases, interest rates end up in the liquidity trap area and the economy does not start. In such a situation, the

monetary authorities could use the bond market to enable unconventional instruments (Quantitative easing, credit easing, Operation Twist…). Only economies with vibrant bond market can use this type of instrument. “

Labidi stressed that under these policies, central banks intervene in the secondary compartment of the bond market to buy long bonds, pushing bond prices to rise and resulting in lower long-term interest rates.

“This opportunity is not available to developing economies, which secondary bond market is almost nonexistent, as is the case of Tunisia. The intervention of the central bank in the bond market would be very useful to counteract the shortness of conventional monetary instruments. Sovereign bond purchase transactions may drive down long rates and thereby alleviate financing conditions for businesses (investment) and households (real estate investment and consumption), “he added.