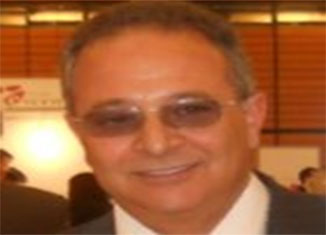 Former chairman of the committee on monitoring and recovery of distressed companies gave an exclusive interview to African Manager where he spoke of the new draft law that is currently in the hands of the General Legislation Committee at the House of People’s Representatives (HPR).

Mbarek Khamassi also spoke about the strengths and weaknesses of the bill and criticized the marginalization of the role of the committee on monitoring and recovery of distressed companies.

Can we have more information about the law on ailing companies?

The Law No. 95-34 of April 17, 1995 on the re-organization of distressed companies modified and amended in July 1995 and in December 2003 was enacted as part of Tunisia’s accession to the Association Agreement with the European Union (EU) signed in 1995 to help companies that could face difficulty following the opening of the Tunisian market to international competition on the one hand, and remedy, on the other hand, the failure of collective procedures in force to that date (bankruptcy and arrangement with creditors) which were obsolete and anachronistic that can not constitute a legal framework to redress companies in difficulties.

The contribution of Law 95 is that it has made a distinction between the fate of the company as an economic entity and that of its manager, insofar as under the legislation in force before 1995, the company could be bankrupt by the fact that its manager is dishonest, regardless of viability.

Similarly, this law also reversed the priority in the sense that the rescue of the company became the first, whereas before, the ultimate goal of collective procedures was the payment of a creditor exclusively.

Amendment of the Law 99 introduced changes in response to shortcomings identified in the application of Law 95, by strengthening the role of the committee on recovery of distressed companies, encouraging amicable agreements and the elimination of the role of the presiding judge in the context of prevention.

What is the contribution of the 2003 amendment?

The 2003 amendment has limited as much as possible companies’ resort to law seeing that entrepreneurs seek the law to avoid paying their debts.

Therefore, the amendment has strengthened the position of the creditor at the expense of the rescue of companies. The appeal against the bail has become almost routine, while all companies provide joint guarantee when obtaining bank loans.

Similarly, the law has restored the role of the presiding judge in the prevention phase and reduced the time of procedures in particular through the removal of the preliminary period in the phase of adjudication.

And what about the new bill?

The new bill currently under discussion at the HPR is first of all the first overhaul of the bankruptcy law. This amendment allowed decriminalizing bankruptcy except of course in the case of serious management offences provided for by law.

In terms of recovery, the bill provides that the creditor provides credit to the company in difficulty during the phase of enjoying a great privilege for reimbursement.

Can we talk about failures in this bill?

Mainly at the phase of prevention or notification of early signs of difficulties. According to Article 419, the manager is required to notify the committee on monitoring distressed companies if his company would go through difficulties, otherwise he will be sentenced to imprisonment from 6 months to 3 years and fined 1,000 dinars to 10,000 dinars.

Moreover, if the court decides to suspend legal proceedings against the principal debtor, the surety may be sued by creditors. This is a major drawback, and that is why business managers avoid the resort to this law.

Note also that the current draft law on the reorganization of distressed companies marginalize the role of the Monitoring Committee since its main role which was to give its opinion on recovery plans drawn up by the receivers is not longer mandatory while in practice and through jurisprudence, the committee plays a high-level expertise role given its interdepartmental composition especially in important and complex cases.

Are you for the prison sentence?

It should be noted here that the prison sentence concerns the business manager who has not informed the Committee of difficulties encountered by the company, which is absurd.

However, in the case of management and embezzlement offences, the entrepreneur will be penalized; besides the sanction against fraudulent bankruptcy has been toughened.

The law concerns Tunisian companies in a difficult context where more areas are affected. People expect exceptional measures and the law remains, whatever its contribution, insufficient. We must strengthen it by creating authorities and administrative and social support measures.

Is it true that this amendment was imposed by the World Bank and the IMF as some believe?

Note that this law is not new as it dates back to the year 95 and the interest of the World Bank or the IMF can only be that this law be amended according to international best practices. Moreover, all countries in the world have a law on bankruptcy and reorganization of distressed companies.

As a member of the forum of insolvency and rights of creditors in the WB, I think these international institutions help us to inspire from international practices and to make bankruptcy procedures more efficient in terms of its cost and time and encourage as much as possible the procedures of less restrictive amicable settlements.

What assessment can be made as regards the number of companies that resorted to this law?

Since 2011, the number of companies that have appealed to the Committee has not exceeded 100 companies per year of which 74 in 2014 and 91 in 2015, which explains the lack of interest of entrepreneurs with regard to this law, knowing that in Morocco 1993 companies have benefited from provisions of the recovery Act in 2013.