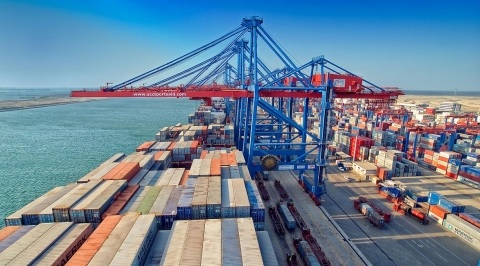 The current account deficit reached a record level of 1.1 billion dinars, or 1% of GDP, at the end of January 2019, compared with 885 million dinars (MD) in January 2018, according to the report on “Economic and Monetary Developments – February 2019”, published by the Central Bank of Tunisia (BCT).

The BCT said this deterioration in the current account is due to the worsening of the trade deficit, which stood at 1.5 billion dinars in January 2019, against 1.2 billion dinars, a year ago.

“The widening of the deficit resulted from an almost generalized acceleration of imports at current prices, which totaled 5.3 billion dinars, against export earnings of around 3.8 billion dinars” explained the Central Bank.

On the other hand, the services balance, factor and current transfer incomes amounted to 143 MD during the first month of 2019, which represents an increase compared to the same period of the previous year.

At the level of this balance of services, the monthly flow of tourism receipts (expressed in euros) remained in an upward trend in January 2019, totaling €74 million as against €65.3 million a year before.

“It should be noted, in this regard, that despite the signs of a gradual recovery of the tourism sector, the flow remains well below levels recorded in the past (particularly compared to January 2015, i.e. €102.2 million).