From Gafsa to Tunis. A big, broken operation, or desperate acts? 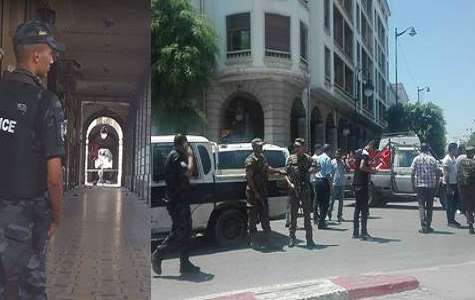 Tunisia has just experienced the second “Black Thursday” of its history (1987), even if the causes are not the same and the balance much lighter. Two simultaneous attacks, about 10 minutes apart and the same day, it remains a first in the chronicles of terrorism in Tunisia.

It is also, it must be remembered, a fact almost anodyne, in a country where the war on terrorism is “an existential war”, as emphasized by the Prime Minister.

t happens, and has happened, in other countries considered to be safer, like France or the United States.

TO and tourism professionals know and will draw the right conclusions, as they had already reacted well during the attack of October 2018. Tunisia has given painful blows to the terrorists and receives in return. Without wanting to dramatize, let alone trivialize, it is the characteristic of war.

With the exception of the Bardo, this is the third time a terrorist act hits downtown. The first, in December 2015, targeted a presidential guard bus parked on Mohamed V Avenue. The second, on October 29, 2018, not far from the Municipal Theater. This time, a black Thursday June 27, 2019, not far from the embassy of France, still in downtown Tunis.

This last double attack, in the city center and outside the premises of the judicial police headquarters in El Gorjeni, took place a few hours after a first operation at 3.30 am in Mount Orbata in Gafsa, where the broadcasting antennas are located.

Should this operation prepare the other two hours later in Tunis, plunging the country into a heavy radio silence? Some experts and politicians do not exclude it.

What can we learn from the latest attacks?

First, the Tunisian security forces were able to avoid the worst. The army in Gafsa, which manages to prevent terrorists from plunging the country in radio silence, or who knows how to take the antenna under control to plunge the country into chaos by Daesh programs.

Then the police in Tunis, whose good deployment would ultimately forced the suicide attacker to choose another target, less seasoned, that is the municipal police.

The bomb of El Gorjeni was certainly meant to hit a big shot. Disgruntled at being able to make a shot, the second suicide attacker was content with a moving target, which is the transport of some national guards.

“The war on terror is an existential war and the latest operations show that the terrorists were desperate,” said the Prime Minister as he left the Ministry of the Interior where he inspected the troops. The operation would have been made in stages, but was eventually broken.

Then, these operations intervened a few weeks from the next presidential and legislative elections. But especially during the peak tourist season. A day after the anniversary date of the terrorist attack in Sousse, June 26, 2015, the two new terrorist operations would first target the tourism sector.

The latter had indeed recovered from the Sousse attack and Tunisian hotels are recording again high occupancy rates and hopes to exceed 9 million, with strong return of English, French, Russian and German tourism.

A blow for tourism, and a more serious blow for Ennahdha

The large Tunisian resorts being under police surveillance, a few weeks ago coordinated by a meeting in Sousse of senior national security executives, terrorism is turning to a city center more difficult to fit by the security forces.

The latest attacks would therefore aim, in the first place, to deal a fatal blow to a sector of the first order, economically and financially speaking. The economy on its knees, God forbid, all that remains is to preach religion!

It is also clear that the Tunisian Islamist political party Ennahdha will be the first to receive in full face the effects of these attacks. In Tunisia, terrorism is closely linked to religion. The latter is related to Ennahdha. The shortcut will do the rest of the work that will not displease many. Opinion polls have already shown that the image of Ennahdha has been greatly eroded.

The first of pollsters who would ask their intentions to voters, after the last two attacks, will discover the very sharp decline in voting intentions in favor of Ennahdha.

Saudi gets sovereign upgrade from Moody’s