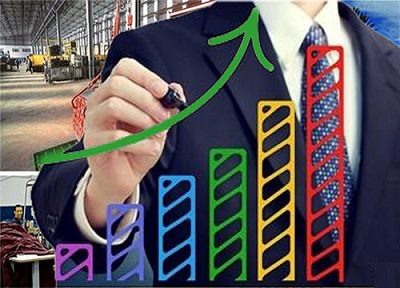 The preliminary results of the 2nd quarter of 2018, in terms of economic growth, confirm a recovery, and we could well end the year 2018 with the 3% promised by the government despite the figures of the IMF and the World Bank.

Compared to the first quarter of the current financial year 2018, growth seems to confirm its bullish trend, rising by 0.6%.

According to the INS, the Tunisian economy will have recorded growth of 2.6% in the first six months of 2018, compared to growth of only 1.9% for the first half of 2017, which gives an idea of the 0.7 point jump achieved in a single year

There are two preliminary comments to make. First, the fact that this is the first time since 2016, that Tunisia achieves such a visible increase in growth, sign of an economic recovery that seems to really restart.

Then, almost all sectors have contributed to this increase, which is no longer driven by a single sector, as it was by agriculture mainly in the first quarter of 2018. In any case, it will knock for six more than one side and more than one party.

Growth is found in the 0.8% rise in the value added (VA) of the manufacturing sector. There are first the agri-food industries with + 2.4%, textiles and clothing afterwards with a growth of 2.6% and the chemical industries with + 4.9% after a drop of 23.9% the same quarter of 2017.

Small downside, the 0.6% decline in the VA of the sector of mechanical and electrical industries, to the surprise for the first time since 2015 after the boom years of growth that exceeded 5% and constituted a strong support for GDP, and the 2.3% drop for the building materials industry.

The VA of the market services sector is still up 3.6%, mainly driven by the 11.5% increase of the tourism sector which boosted catering and transport. This, not to mention the + 3.2% of the communications sub-sector and +5.5 of the VA of the financial sector.

This shows the weight of tourism in the Tunisian economy and the immediate impact of the tourism recovery on the economic growth of the whole country.

Agriculture contributed as always but only 0.9% for the second quarter of this year, according to data of the concerned ministry.

But they will still say that the INS is wrong. Director of the INS, Hédi Saïdi answered AfricanManager serenely and far from any controversy, saying “the INS does its work without worrying about everything that is said. They talk. We work”.

It remains, as we wrote in title, to touch the wood and fingers crossed to keep the bad spirits away and roll up the sleeves to concretize and confirm the recovery for it alone is able, by added value and the wealth created, to lower inflation and allow the Dinar to bounce back.

So let’s touch wood and move forward with work and away from political and partisan polemics. This rise is not the work of politicians. Its merit only falls on the real forces of the country who confirm that “If we want it, Yes, We can.”

Tunisia Mall inaugurated, 2 more will follow in Ennasr and Sfax