HomeNewsTunisia: GFH denies and that is good
News

Tunisia: GFH denies and that is good 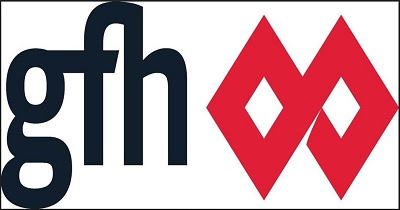 Following the publication by African Manager, on March 2, 2017, of an article relating to the intention of the GFH group to cede the project of the Tunis Financial Harbor to a new promoter, we want to categorically deny this information and affirm that this mega project whose works are making progress according to the program that was initially agreed upon is maintained.
We would also like to point out that GFH has implemented all the means to meet the deadlines set for the various stages of this project, which it officially announced on November 27, 2016 during the launch of the first and 2nd stage of the project in El Hessiane, delegation of Kalaat Landalous, governorate of Ariana, in the presence of Prime Minister Youssef Chahed, GFH President Hisham Al Rayes and a large number of ministers, officials and MPs from the region.
GFH also makes it clear that it is firmly committed to achieving the various stages of the project on time and will not hesitate to implement all the means necessary for its success.
Editor’s note: The project of the financial harbor officially launched since the Ben Ali era and under construction since 2008 and which was to start the year after, remains therefore topical and this is good for Tunisia.
The answer to our news story does not give any precise date of the real departure of the component, other than real estate, the one that concerns Tunisia by the real added value that it could really bring, other than the construction and sale of apartments.
We’ll come back to that and probably with Hisham Al Rayes himself.
Share
Facebook
Twitter
Linkedin
Email
WhatsApp
Viber
Pinterest
ReddIt
Tumblr
Telegram
Digg
Mix
Print
Previous articleTunisia: flights between Tunis and Djerba will be doubled from this summer (PM)
Next articleIMF Staff Initiates Discussion with Cameroon on an Economic Program Supported by the Fund

Tunisia: no privatization of public banks, according to Chedly Ayari

Tunisia: BH Insurance improves turnover by 5% at end September to...