HomeInterviewTunis: Neji Jalloul tells all about education in a White Paper. Start...
Interview

Tunis: Neji Jalloul tells all about education in a White Paper. Start of school year will be normal, he says. 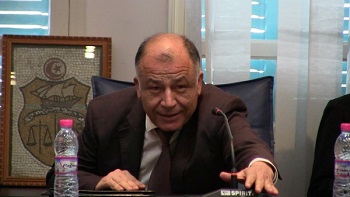 Neji Jalloul, Minister of Education told African Manager a White Paper will be published shortly with the broad guidelines of his department regarding reforms of the education system. The minister, on another part, denied any crisis between his department and the union.

What do you think of the recent crisis that erupted between your department and the union?

I assure you that there is no crisis between the Ministry of Education and the National Basic Education union.

It is a matter of premiums that remains pending, since it does not fall within the competence of the Ministry. In addition, negotiations continue between the Government and leaders of the UGTT at the 4 + 4 Commission to find the best solution and remedy this situation.

I take this opportunity to emphasize that issues relating to premiums and wage increases do not concern the Ministry of Education. Besides, an agreement was reached between the Government and the UGTT to defer this issue.

Therefore, Tunisians need to understand that the majority of issues were debated in our department, namely training, the issue of timetables, with the exception of the wage issue that is the subject of an agreement between the government and the union.

Is it possible to find a solution to this issue before the beginning of the next school year?

Contrary to rumors that circulated recently on a possible escalation on the part of the union, I have seen anything like it.

The proof is that a meeting is scheduled during this week to review the preparations for the start of the new school year. But if they fail to reach such an agreement, they would be free. However, we are working to find a solution. This is important especially as we could not run the ministry without the necessary consensus.

How you plan the start of the new school year?

The start of the new school year will be normal.

What are the main flaws in the education sector?

The education system is facing a deep crisis. It faces several deficiencies such as infrastructure and the recruitment of trainers, deemed arbitrary. Add to that the administrative schedule. Other problems are related to the evaluation system, I mean the lack of educational facilities, lack of laboratories and cultural activity rooms, without forgetting the problems of coefficient that require a profound revision.

That is why we are trying to solve these problems within the framework of the “School Month.”

What are the measures taken to reform the education sector?

We still need a sum of 600 million dinars to meet this challenge, and that is why we are trying to combine efforts with business managers and other stakeholders to achieve this goal.

Also, the national dialogue has been launched in recent months as part of the reform of the education system, in coordination with all teachers, stakeholders, parents and students. More than 5000 workshops were organized.

As such, several joint committees between the UGTT and the components of civil society are working to soon publish a white paper. The latter comprises the broad guidelines of the Ministry of Education regarding the reform program. This white paper will be presented to the public.

What are the main lines of the reform?

Initially, it is important to note that the education system is changing and my concern is to improve the quality of education.

One of the reforms adopted by our department to resolve the crisis in the education sector in Tunisia is the removal of 25% calculated on the yearly average, which comes as reinforcement in the event of defective average obtained in the Baccalaureate.

The Baccalaureate examinations will recover the natural rate according to international standards. Moreover, our department has decided to organize national competitions in the sixth level and the ninth basic level. Another reform, it concerns the modification of schedules and duration of courses in schools. Similarly, winter and spring holidays will be a week instead of a fortnight while one-week exams will be abandoned. As for teachers, they will receive training before taking office. For, the ultimate goal is to improve the quality of education.