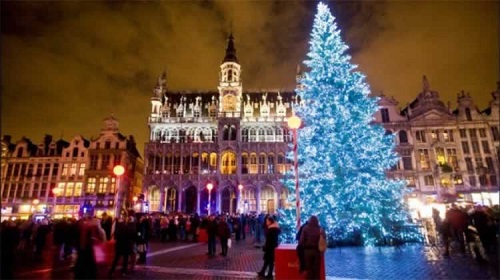 Tunisia will be guest of honor at the 15th edition of the “Winter Wonders” to be held from November 27, 2015 to January 3, 2016 in Brussels, announced Monday the mayor of the City of Brussels Yvan Mayeur and Alderman for Tourism Philippe Close, quoted by Belgian Website “7sur7”.

“With this choice, the City of Brussels affirms its support for the important process initiated by the Tunisian people since the Jasmine revolution and crowned this year by the Nobel Peace Prize.

We want to participate in this show of solidarity with Tunisia, “explained Yvan Mayeur, in the presence of Tunisia’s ambassador in Brussels, Nabil Ben Khedher, who, for his part, urged Belgians to continue visiting Tunisia.

Discussions were underway with the Belgian authorities to revise the negative recommendations issued to the country’s travellers, he added. A space will be dedicated to Tunisia on the Boulevard Anspach, precisely at the Anspach Gallery.

“Winter Wonders” is a Brussels event combining a Christmas market and fairground activities. The event is designed as a walking route through several areas of the city, mainly around the Grand-Place and the Place Sainte-Catherine.

This event welcomes more and more visitors each year and had hosted about 1.5 million visitors in the 2014 edition.

Tunisia : Alkimia in a very tight and grotesque situation !