HomeFeatured NewsTunisia: it weighs 11% of GDP, could be the solution, but...
Featured News

Tunisia: it weighs 11% of GDP, could be the solution, but… 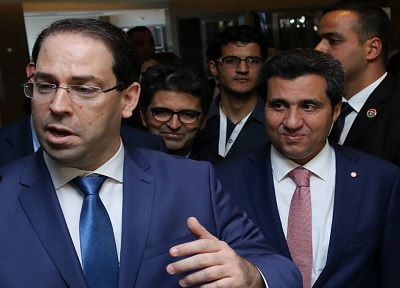 Minister Anouar Maarouf has not stopped stressing its performances, its great potential for an economy which has been desperately seeking precious points of growth for 7 years, its contribution exceeded 11% of the GDP in 2017, nevertheless the Government to stimulate and finance the tourism sector without limit and does not do enough for the ICT sector, the only job creator in number since 2011, and the only way for a new model of development, capable above all of absorbing at least part of the unemployment of higher education graduates.

With 8,000 IT engineers graduating each year, in some fifty institutions, between schools, public faculties and private institutions, Tunisia is an exception in Africa, surpassing countries like South Africa, Nigeria, Kenya and even Algeria or Morocco, which have larger populations.

Only Egypt performs better in Africa, with 16,000 engineers graduated a year, but English-speaking, while engineers trained in Tunisia are trilingual, with command of English, French and Arabic.

However, when we talk about an ICT industry, we need brainpower and necessarily engineers, more than 50% of whom are women. The national and regional market can even absorb 20,000 engineers a year, which is a real way of conversion for several sectors of higher education with very low employability.

In order to reduce unemployment very quickly, it is enough to create computer science courses in all faculties, schools and institutes of public higher education, especially since the investment needed to do it is very low compared to other sectors such as health.

It should also be noted that Tunisia trained only 200 graduate engineers in the year 2000. And it is thanks to a policy of proliferation of computer sectors that this figure was raised to 8000 engineers in 2017.

This creative and engineering strength has given rise to 2 models of Startup. The former are directed towards Europe and operate on the textile model, particularly in development outsourcing or by putting engineers in contract with IT companies such as Wevioo and rarely software publishers like Vermeg, which alone is a very successful exception.

The second model is made up of Startups, software companies or software publishers which are more oriented towards the African continent and looking south, and are rather exporters of complete software solutions or associated services and consulting with a “Made in Tunisia” approach in software.

So much so that the export of software and associated services exceeded one thousand million TD in 2017, making Tunisia a net exporter of software and services, which is still an exception in Africa.

What is the Chahed’s government waiting for to push the ICT sector? The Digital National Council meeting on Thursday, March 29, 2018 will perhaps resolve several issues that hinder the development of this sector, including the unavailability of land or dedicated economic areas.