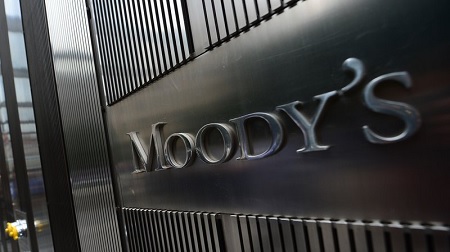 Moody’s Investors Service, on Wednesday, changed the outlook to negative from stable on the Government of Tunisia’s issuer ratings and affirmed the ratings at B2, it said in a statement.

The negative outlook reflects the fact that, despite meaningful progress on fiscal and macroeconomic reforms in recent quarters, Tunisia finds itself experiencing intensifying pressures in an increasingly adverse external environment with diminishing buffers to sustain resilience.

Moody’s would consider returning the outlook to stable should a combination of continued reforms under the IMF program, a restoration of fiscal and external buffers and continued international community commitment appreciably alleviate external liquidity pressures.

Moody’s has also changed the Central Bank of Tunisia’s outlook to negative from stable, and affirmed the B2 rating, in addition to affirming the B2 rating of the senior unsecured shelf/MTN rating at (P)B2. The Central Bank of Tunisia is legally responsible for the payments on all of the government’s bonds. These debt instruments are issued on behalf of the government.

It said the negative outlook on Tunisia’s rating reflects an increase in external vulnerability risks in an environment of markedly tightening global financing conditions at a time when Tunisia’s foreign exchange reserves position is weakened by higher oil prices and a slower pace of net capital inflows as compared to last year.

Moody’s forecasts the current account deficit to narrow slightly, supported by rising services (tourism) exports and improving labor income balances, but to remain wide at 9.7% of GDP at the end of 2018 and 8.5% in 2019, from 10.2% in 2017.

It added that the government’s own balance sheet is sensitive to external financing conditions and in particular the exchange rate. With over 65% of government debt denominated in foreign currency, the debt trajectory is susceptible to a marked depreciation of the Tunisian dinar, which has depreciated 11% against the US dollar and by 9.2% against the euro by the end of September 2018.