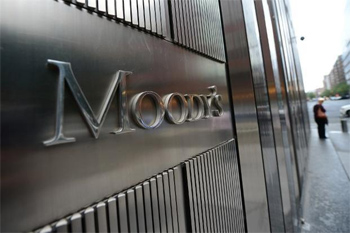 The rating actions are prompted by (i) the conclusion of the review of Parts S in both transactions placed on watch for upgrade on March 20, 2015

The rating upgrades conclude the placement on review of Parts S in FCC BIAT-CREDIMMO 1 and FCC BIAT-CREDIMMO 2 placed on watch for upgrade after the updates to several Moody’s structured finance rating methodologies.

Following this, “Banque Internationale Arabe de Tunisie” (BIAT)’s long term domestic deposit rating was affirmed at Ba3 and its Counterparty Risk Assessment (“CR Assessment”) was assigned at Ba3(cr) on May 28, 2015. BIAT acts as the originator, servicer and the account bank in both transactions.

The rating upgrades are also driven by the upgrade of the Tunisian local-currency bond and deposit ceilings to Baa2 from Baa3 reflecting heightened economic and institutional strength. Moody’s has also affirmed Tunisia’s government issuer rating at Ba3 with a change in outlook to stable from negative.

Further deleveraging has increased the credit enhancement of the notes in the two transactions. This has also contributed towards the upgrade action.

The rating actions took into consideration the notes’ exposure to relevant counterparties, such as servicer or account banks. Moody’s incorporated the updates to its structured finance methodologies in its analysis of the transactions affected by Thursday’s rating actions.

Moody’s now matches banks’ exposure in structured finance transactions to the CR Assessment for commingling risk, and to the bank deposit rating when analyzing set-off risk. Moody’s has introduced a recovery rate assumption of 45% for both exposures.

Moody’s considered how the liquidity available in the transactions and other mitigants support continuity of note payments, in case of servicer default, using the CR Assessment as a reference point for servicers or cash mangers.

Tunisia: reported investments in industry down 37% at end February