Tunisia: growth rate dwindling, it is no more than 1% 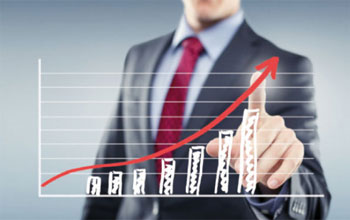 Under the effect of a succession of economic, security, social and other developments, the GDP growth rate in Tunisia has constantly tumbling and is now reduced from 3% at the outset to a hopeless 1% now for the year 2015. Forecasters do not exclude that this rate plummets to zero and even less, if the economy failed to recover by the end of the year, which would make the bed of the recession.

Things are not moving in a direction that helps the country to limit as much as possible the damage and get out of the paralytic rut in which it is. It would be tedious to go through all the pitfalls that must be overcome as they are many and varied, but it will be of the utmost importance to bring back both domestic and foreign investors to reassure them and provide them a suitable business climate through which they can contribute to the recovery of the economy.

And this cannot go without the restoration of security that was seriously undermined by the devastating terrorist attacks that have scared away tourists while the country was preparing for the high season, but also the mitigation of social unrest with their train of strikes, sit-ins and protests at top speed.

In this architecture, the government seems paralyzed, certainly lacking imagination and above all firmness to acquire the means to carry out its policies provided that they are not ill-thought and marred by inconsistency. It is therefore not surprising that it has decided to revise downwards its growth rate expected for the full year 2015 from 3 to 1% as envisaged in the supplementary budget bill for the year 2015.

Essentially, the government has explained its decision by the impact of the two terrorist operations of Bardo (March 18, 2015) and Sousse (26 June 2015), on foreign investment and tourism revenues.

At the same time, the volume of imports recorded a decrease of 0.4% during the first half of 2015, in addition to the decline in the growth rate of imports of goods (excluding offshore and non-oil) which reached 2.6 %, against an estimated rate of 5%.

The supplementary finance bill a copy of which was seen by TAP emphasizes the need to revise the economic balances in general and public finance balances in particular and develop a support program through the establishment of exceptional provisions.