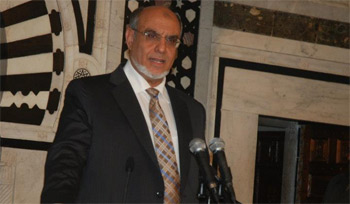 Prime Minister Hamadi Jebali announced on the evening of Wednesday, February 6, 2013, the formation of a mini government of technocrats. This decision has not pleased National Constituent Assembly members and ministers.

Abdelwaheb Maatar, Minister of Employment and Vocational Training is among those who rejected this initiative. In a statement to Africanmanager, Abdelwaheb Maatar noted that the formation of a new government is a violation of the law on the provisional organization of public authorities. “This is a breach of the law.

At the constitutional level, we can say that it is an unlawful decision, “said the minister, adding that” the Act does not empower the head of government to replace the current government with another without having first submitted his resignation. ”

Professor of Constitutional Law, Sadok Belaid, stressed, meanwhile, that based on to the so-called “small constitution,” Hamadi Jebali “must dismiss the government, to give way to the formation of a government of technocrats,” indicating that full change of the government is the prerogative of the National Constituent Assembly.” So, Hamadi Jebali must return to the NCA, but first he must resign.”

Abdelhamid Jelassi, a leader of Ennahdha rejected, too, the decision of Hamadi Jebali, who, according to him, took a unilateral decision, noting that his movement did not agree on a government of experts. He added that his movement believes the country still needs a government which includes political figures. He has also indicated that the Ennahdha has not been notified by the prime minister.

Chawki Gaddes, General Secretary of the Tunisian Association of Constitutional Law and professor at the Faculty of Legal, Political and Social Sciences of Tunis, indicated in a statement to Africanmanager that the prime minister cannot dismiss the whole ministerial team who have gained the confidence of the ANC and remain in power. “A government is defined as a collegial and supportive formation. So we can dismiss one of its members, but if all ministers are removed from office, this means a resignation, placing the head of state in the situation stated by Article 15,” he said.

He added that this provision clearly states that: “The President of the Republic, after consultation, asks the candidate of the party with the largest number of seats in the National Constituent Assembly with forming the government.

According to Chawki Gaddes, the Prime Minister, appointed in accordance with the first paragraph, forms the government and submits the relevant document to the President of the Republic within a period not exceeding 15 days from the date of his mandate. The document contains the line-up of the government and a consolidated statement of its program.

Thus, the prime minister must submit his resignation to the Head of State who shall, after consultation, appoint a new prime minister, and can re-appoint the outgoing PM. Once the government is formed within fifteen days, it is imperative to win the confidence of the NCA. If this is not met, the head of state may pick a prime minister outside of the majority party and repeat the procedure.

He added that Hamadi Jebali took this decision alone without consulting stakeholders, from his party, his majority and his government team, which is unacceptable. These powers are the responsibility of the NCA and the majority through the head of state, and he must return to these authorities to form a new government. “From this comes the obligation to reject the parliamentary system in our future political options and then consult public law specialists and constitutionalists in drafting such important laws for the country,” he said.

Chawki Gaddes said, moreover, that it is a decision solely intended to calm the street. He must realize his responsibility before Tunisians and history. It is his autism which led to that, and he can not shirk his responsibility. So he had said to the people and civil society what they wanted to hear.

It is a cabinet reshuffle!

In contrast, constitutionalist, Iyadh Ben Achour, said, for his part, that prime minister Hamadi Jebali has the right to announce a government of technocrats, since it is part of a cabinet reshuffle and not a new government, adding that Article 15 does not apply in this case.

Iyadh Ben Achour revealed, in addition, that eight ministries will not be affected by the reshuffle, including the Defense and Public Works.

The agreement of the NCA is not a legal requirement!

He called to distinguish between a new government and a cabinet reshuffle. The assumption that must be retained today is that of a cabinet reshuffle in which the prime minister and a number of ministers will remain in place, while other ministers” will change. In this case, the decision rests with the prime minister who is called to inform only the President of the Republic, according to Iyadh Ben Achour.

On the political side, Iyadh Ben Achour, said Hamadi Jebali is not obliged to obtain the consent of the NCA. “It would be better to have the agreement of the NCA, it is not a legal requirement but rather political.”

With regard to the other cases, namely, the formation of a new government, Iyadh Ben Achour said that this can be done only after new elections and the resignation of the prime minister. In this case, the procedure that applies is the law of December 16, 2011. “This procedure is a bit complex and involves the participation of the President of the Republic, the new Prime Minister and the President of the National Constituent Assembly,” he said.