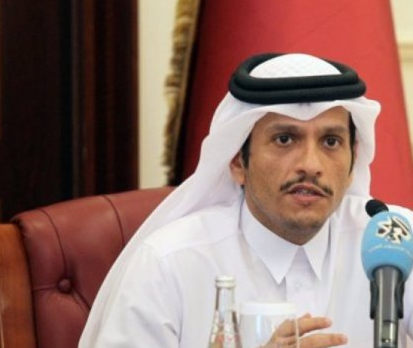 Qatar’s proactive foreign policy in the war against extremism and terrorism is a constructive option that tackles the social roots of this disgusting scourge, said Qatar’s Foreign Minister, Mohamed bin Abdulrahman Al Thani.

The fight against terrorism should not be limited to the security aspect but should focus on addressing the economic and social causes that lead to despair and extremism, he added at the first ministerial meeting of the monitoring mechanism of the “Tunisia-2020” Conference, held Monday in New York.

Emir Tamim ben Hamad Al Thani announced at the conference “Tunis 2020” in November in Tunis a contribution of USD 1.25 billion in support of the Tunisian economy.

The Qatari Minister of Foreign Affairs highlighted the importance of this support in creating employment opportunities for young people and helping to solve the problem of unemployment by tackling the causes that lead to violence and extremism.

The Qatar Development Fund has allocated $ 250 million in loans to launch a number of important investment projects in Tunisia in some sectors, including education, health and economic empowerment in the region, as part of the Qatari contribution, he said.

The Qatari Development Fund is in the process of developing a mechanism for funding these projects and will announce in the coming months the projects funded.

The Fund has already financed humanitarian and development projects in Tunisia in the amount of more than $ 30 million in the areas of housing and health and in support of the families of the martyrs.

The Qatari minister stressed that his country and Tunisia have a long history of cooperation in the field of development, noting that the Qatari Friendship Fund in Tunisia has provided development aid of $ 97 million since its launch in 2013.

It also aims to offer employment opportunities to help young people achieve their ambitions by immunizing them against extremist ideologies.

The Qatari Friendship Fund has succeeded, in collaboration with local partners in Tunisia, to create more than 10,400 direct employment opportunities and 265,000 indirect jobs through 3,400 small and medium-sized enterprises since 2013.

It plans to offer 15,000 job opportunities for young people in Tunisia by the end of 2018.

Tunisia: “Forsati” program to be launched in March (Minister)