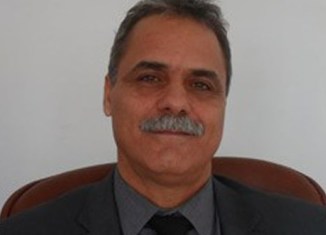 Nejib Snoussi, Director-General of Housing at the Ministry of Infrastructures, Housing and Spatial Planning, gave AfricanManager an exclusive interview where he spoke about several topics including the “First House” program, social housing and soaring housing prices.

Has the Ministry of Infrastructure, as we have heard, stopped promoting the “First Housing” program?

Information according to which the Ministry of Infrastructure has stopped promoting and supporting the first housing program are unfounded and unrelated to reality.

The “First House” initiative is among the first programs announced by the government of Youssef Chahed to allow the middle class to acquire real estate at affordable prices and with favorable conditions.

And the supervisory ministry is responsible for carrying out that program and for its success.

Some are talking about an agreement to save the private real estate sector. What can you tell us?

I categorically deny the existence of an agreement to save the private real estate sector and cope with the stagnation of the market. The “first house” program also includes apartments offered by property developers in both the public and private sectors.

The citizen may acquire housing through a private property developer and subject to the same conditions and privileges applied on the public sector but provided the price of the house does not exceed 200 thousand dinars.

How do you explain the decline in sales?

The decline in sales is attributed to the pace of promotional campaigns of the program, which officially started since last February. In addition, the information system of the banks took several months to be implemented.

But the subscription rate of Tunisians to this program remains very low. What do you think?

The rate of subscription to this program is expected to improve, particularly with the recent publication of the list of ready-for-sale houses on the website of the Trade Association of Real Estate Developers and the effort of banking institutions to promote the program.

To benefit from this program, the couple must not own real estate and their monthly family income must be between 4.5 and 10 times the guaranteed national minimum wage, between 1,750 dinars and 3,750 dinars per month.

Any Tunisian eligible for this program can contact the real estate agent who can check the house for his benefit and obtain a document from the financial deposit proving that he is not in possession of a property and then report to the bank and deposit bank loan and self-financing loan applications.

It should be noted, however, that those who have previously received housing loans are not covered by this program.

And what about the social housing program?

With regard to this program which started in 2012, work is continuing to complete it, after the difficulties and problems it faced in its beginnings have been rectified.

The program is divided into two parts: the first concerns the elimination and replacement of primitive dwellings and the second is to enable the low-income class to purchase real estate, such as the Omar Mukhtar town project in Sejoumi which will benefit almost 810 low-income families. The program is expected to be completed in 2018.

It should be noted that more than 4,600 social housing units are under construction at the initiative of some real estate developers.

What the reason behind the rise in house prices then?

The increase in house prices is mainly due to the scarcity of land ready for construction and the rise in construction materials prices and labor costs.