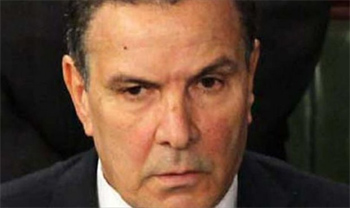 Minister of National Defence, Farhat Horchani announced at a press briefing on Thursday, in Tunis, the launch of a national consultation for the creation of Tunisian intelligence agencies, saying, however, that Tunisia has not yet decided which model to follow.

Farhat Horchani noted, moreover, that Tunisia is concerned with the creation of an Arab joint military force, since it is a member of the Arab League, noting that this proposal was adopted at the Arab League summit recently held in Sharm El-Sheikh, Egypt.

He noted, in this context, that the question of Tunisia’s integration in this force is a political decision of sovereignty and not a military decision especially as they are the highest authorities of the country that have decided that the Tunisia will be part of the Arab armed force.

The minister said, on another hand, that the US aid for Tunisia could reach the value of 180 million dinars and will be used to purchase military equipment, noting, however, that this aid is not yet official and should be approved by the Congress.

Regarding the scourge of terrorism that has continued to hit Tunisia, the Minister of National Defence said the war on terrorism is still long and challenging and it requires a lot of hard work and great capabilities.

According to him, some terrorists come out of the mountains to cities especially after having participated in terrorist attacks.

The minister did not rule out, in this context, the possibility of the existence of a “social incubator for terrorism” initiated by terrorists, noting, in this regard, that social supervision and improved living conditions for residents of border areas is needed to eradicate this scourge.

He, in the same context, said the fight against terrorism requires not only a security and military approach but also an approach that integrates the economic, social and educational dimensions.

He also announced the arrest of 25 individuals suspected of involvement in the latest terrorist operation in Mghila, Governorate of Kasserine during which five soldiers fell martyrs.

The minister also said that joint operations of the Ministries of Defense and Interior led to the discovery of caves and weapons in various parts of the country.

Regarding the priorities of his ministry, Farhat Horchani announced the creation of two military clinics in Kef and Tataouine whose work should be completed by next April and the establishment of a vocational training center for diving and underwater work in collaboration with Italy.

Referring to international cooperation on arms purchase, the minister said that the tenders issued to date by Tunisia have all been funded by the country.