HomeNewsTunisia: SOPAT increases its turnover by 30% to 87 MD in 2018
News 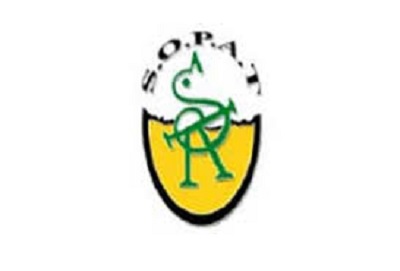 These indicators show an increase of 30% of the global annual turnover to 87.1 million dinars against 67 million in 2017.

This performance is due in particular to the 34% increase in sales of meat and by-products from 54.5 million dinars at the end of December 2017 to 73 million at the end of last December.

As for sales of compound feed and chicks, they grew 13% to 13.6 million dinars against 12 million a year earlier.

As part of the strategy of development and restructuring outlined by the company’s executives, SOPAT announces that it plans, by the end of 2019, the completion of an investment and upgrading program initiated since 2017, for a budget of about 22 million dinars.

SOPAT has indeed obtained a medium-term bank loan of 15.4 million dinars which will be used to partially finance that program.

Thus, investment expenditures maintained in 2018 reached 7 million dinars, up 64% over the previous year.

Tunisia and Libya sign MoU in a bid to restore pace...