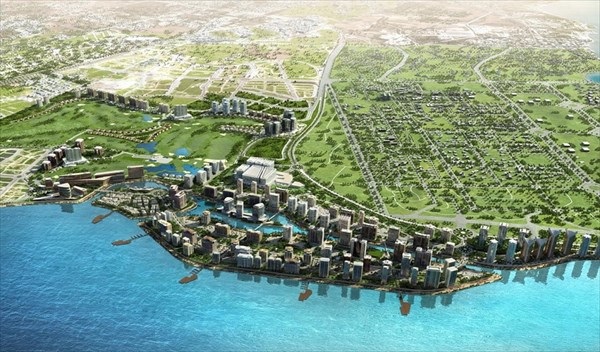 The UAE-based Bukhatir Group confirmed on Thursday that it is reviving the $5 billion real estate project in Tunis and will immediately start work on an initial phase, the first big project in the country since the 2011 revolution.

Tunisia is seeking foreign investment to revive its hard-hit economy after years of stagnation, compounded by political unrest.

Tunisian sources told Reuters on Friday that Bukhatir would re-commit to the project, which was halted after the revolution that ended the rule of former president Zine El Abdine Ben Ali.

Bukhatir chairman Salah Bukhatir confirmed at a press conference that the project was being revived and that the first phase would consist of building luxury villas and a golf course.

“This project will change the face of the capital Tunis,” he said.

The project includes sports academies, hotels, golf courses and villas on 250 hectares north of Tunis. It is expected to provide thousands of jobs in a country with an unemployment rate of over 18%.

President Kais Saied, in July, suspended parliament and seized control of executive powers, a move described by opponents as a coup.

Some Gulf states saw Saied’s intervention undermining the Muslim Brotherhood movement, which they see as their main regional foe, and which is close to the largest party in Tunisia’s now-frozen parliament.

Saudi Arabia and the United Arab Emirates have pledged to help Tunisia as it battles its worst financial crisis.

David Cameron announces plan for troops from the UK to take...