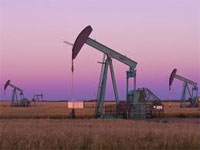 Serinus Energy has announced that the Winstar-12bis development well has commenced drilling.

WIN-12bis is located in the eastern portion of the Sabria Field in central Tunisia. The planned total depth is 3,900 meters and the well is expected to take 63 days to drill. WIN-12bis is the first of a 2 well drilling program by the Company in the Sabria Field. The rig will move to the second location, Winstar‑13 (“WIN-13”), immediately after finishing WIN-12bis.

The Sabria Field is a very large oil accumulation, with 347 MMBbl of Original Oil in Place of which 280 MMBbl and 67 MMBbl are associated with assigned Reserves and Contingent Resources, respectively. It was discovered in 1979 and only six wells have been drilled in the field. Four of those wells have produced 3.1 MMBbl of oil and 8.8 Bcf of solution gas to the end of December 2013.

Sabria is 45% owned and operated by Winstar Tunisia B.V. (“Winstar”), a wholly-owned subsidiary of Serinus. The other 55% is owned by the Tunisian state oil company, Entreprise Tunisienne D’Activites Petrolieres (“ETAP”).

US: IFC to invest US$30 million to support SMEs, create jobs...

Tunisia: the code will change, investment too