HomeInterviewWe will maintain the trend with new projects, said CEO of Tunisair...
Interview

We will maintain the trend with new projects, said CEO of Tunisair Express 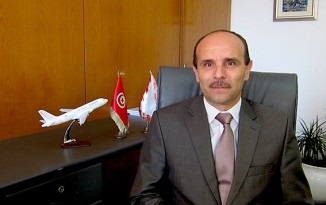 In an interview with African Manager, in his capacity as CEO of Tunisair Express, before being appointed head of the OACA,  Khaled Chelly, predicted that the end of the year will be difficult due to the crisis in the tourism sector, and the reopening of the Tunisian airspace to Libyan airlines. He, however, expressed optimism based on a “promising” action plan to meet the challenge.

Can you tell us about the financial situation of Tunisair Express?

Like other sectors, Tunisair Express has experienced difficulties and this since 2011. After this date, there has been a lot of financial problems especially wage demands. This has weighed very heavily in terms of financial commitment on the company. This is added to the deplorable situation of tourism which has affected the financial capacity of the company. Moreover, the accumulated losses reached 40 million dinars and the deficit amounted to 20 MTD in 2013.

In 2014, there were events on a certain side; we lost a very important market, namely Libya’s.

We have greatly invested in the Libyan market and have scheduled daily flights likely to increase by 10% the number of passengers carried in the first quarter 2014.

However, the decision of the Tunisian authorities to close airspace to Libyan companies has cost us dearly in terms of turnover, which has already impacted the volume of our business.

At the same time, however, we have received some benefits from the government that completely changed the situation of the company which has focused ever since on the axis of Djerba.

Indeed, the traffic on this destination has experienced a major boom not only in terms of passengers, but also in terms of revenue. This is evidenced by the turnover:  the number of passengers carried on this line increased by 30% during the second half of 2014 knowing that the load factor is around 90%.

Similarly, it we have taken advantage of these conditions on the axis of Malta through programming 4 daily flights instead of 3 given the strong demand from the Libyans

Besides these benefits, what are the other ways that helped your company to overcome the crisis?

The grant from the state and the abandonment of the debt of the OACA as part of the parent company’s restructuring plan enabled the company to garner 12.8 million dinars. Besides this advantage, the decision of the Tunisian authorities to close airspace to Libyan companies has enabled it to improve its productivity and profitability.

The year 2014 was also marked by the resumption of flights to Gafsa and Gabes as a result of the commitment of the State to develop the southern regions, in addition to the opening earlier this year of the regular flight to France, mainly to Toulon; that initiative proved conclusive and satisfactory as evidenced by the first reported data.

So the state grant, the waiver of the debt of OACA and the increase in the number of passengers on Djerba and Malta have improved very significantly the financial conditions of Tunisair Express that has recorded very positive results of around 6 million dinars in 2014.

We have maintained the same trend. During the eight months of 2015, we recorded the same demand on the destination Djerba. We recorded an increase of 40% on the axis of Djerba over the first half of 2014.

From July to August, a slight increase of around 7% was recorded and we are expecting another 10% increase in terms of passengers carried to the end of August 2015, compared with the same period in 2014.

As of August, Tunisair Express has been doing well compared to the plight of the country. However, these indicators should not hide the major problems faced by the company especially as accumulated losses will not be solved in a year. Yet, there are a lot of projects.

With the new projects, we will try to maintain the trend. It is for this reason that Tunisair Express is putting in place an action plan to meet this challenge while deciding to increase frequencies on Tozeur as part of the development of southern areas through a grant from the State to cover the operating deficit, and position in new niches internationally.

Moreover, Tunisiair Express has decided to add additional flights to Tozeur to promote Saharan tourism. The company has chosen this program by increasing the number of flights.

We will schedule more flights from September, in collaboration with ONTT, FTH, FTAV and even civil society, to encourage weekend domestic tourism.

In the same context, we have proposed to the sector’s professionals to schedule a daily flight to Tozeur from Lyon, Nice and Provence in France following the decision of our parent company to suspend its flights.

It believe this proposal is strategic as it aims to promote this destination not only in the French market, but of for all tourists wanting to visit the region of Jerid. Moreover, we will market this new product in collaboration with representatives of Tunisair abroad so that this region would be connected to the European zone.

5 daily flights are likely to be scheduled, once the resumption of tourism activity will be certain.

Let’s return to the financial conditions, what are your estimates from the rest of the year?

The end of the year will be difficult because of the crisis in the tourism sector, and the reopening of the Tunisian airspace to Libyan airlines. We will end the year with the same figures achieved in 2014.

Despite these two factors, we are multiplying the efforts to implement our action plan we are revealing to you.

Can you give us more details on this new action plan?

My company’s ambitions are promising; they aim to make the fleet more profitable and seek new niches internationally. It is true that the State had indeed agreed to cover the operating deficit, but that is a cost of regaining new markets to sustain the activity and keep the trend.

It is for this reason that the interest currently focuses on the opening of new routes in many countries, beginning with Algeria, where efforts continue to make the necessary studies for the opening of routes to Constantine and Bejaia and later Tebessa.

The extensive opening program will also affect other destinations like France including Paris-Charles de Gaulle. In addition to these locations, the company plans to project on Eastern Europe through regular charters and Scandinavian countries especially in winter when there is strong demand from that market.

You are therefore so optimistic with this ambitious program?

My optimism may be explained by the increased presence in Tozeur, the scheduled opening of new routes and the resumption of the Libyan market without forgetting the government’s commitment to cover operating losses.

2015 is the year of business continuity with a small development in spite of the fragile situation in the aviation sector. This is an achievement for fleet experiencing deficit for twenty years and that has gone through difficult times.

Several voices were raised against the deplorable situation of airplanes … Can you explain this situation?

I want to clarify that we have a very limited fleet, yet we have made a consistent effort. A step already considered a quantum leap.

What is the investment mobilized in this regard?

Maintenance cost about 800,000 dinars between makeover and cabin revision of which 300,000 dinars were spent on the cabin. The same amount will be reserved for maintenance of the second plane so as to make the trip more comfortable. This is a commendable effort given that our policy is aimed at improving quality.

Tunisair Express plans to launch web checking to allow passengers to make their registration via the net. The aim is to make travel more enjoyable while reducing delays. More, the company will provide to its loyal customers by 2016 loyalty cards through the establishment of a loyalty program.

On another front, efforts are stepped up to strengthen the presence of Tunisair Express in major events, specifically quality festivals, for example, sponsoring the event Miss Portugal 2015.

Furthermore, we will ensure sponsorship of Douz Doc to be held soon and will be marked by the presence of major international personalities.

What is your position in relation to the Open Skies?

Negotiations started in Tunisia in 2007 and that the date set for the opening of the skies was in 2010, as part of a partnership between Tunisair and the European Union (EU) it was postponed until 2011 and then until 2012 and 2013 due to the revolution.

I think this issue has gained momentum after the crisis of the revolution, but also that of tourism. It has become a commitment and as operator, we will submit to a political decision.

It should be known that European authorities have divided the issue of open sky in two phases, the signing of a horizontal agreement which stipulates the elimination of the designation by nationality of the company before replacing it with another European. As soon as you complete this process, the parties shall enter into negotiations concerning the open skies or liberation of airspace.

However, we can not currently sign the horizontal agreement and open our skies to all companies without first finalizing the overall agreement.

Indeed, the agreement provides for safeguards in terms of economic equilibrium between the airlines, not to jeopardize the companies of the one and the other. It includes among others the upgrade of the entire civil aviation system in Tunisia, in terms of regulation, air traffic control, airports and service.

To do this, the realization of this goal requires at least a few years of work, especially with the difficulties faced by a national company especially as it is not competitive with a European fleet that is already honed and strong.

So Yes to the open skies in a horizon of 5 years, but this remains dependent on the restructuring of the national carrier by providing the same tools need for of a legal competition. For an abrupt and unreflective opening of the skies could lead to the disappearance of the national flag carrier, especially since that kind of decision could harm an economy already at half mast.

I believe that Tunisia should learn from the Moroccan experience that began in 2001, within the overall framework of preparation. Moroccans, it should be recalled, began talks in 2006 before completing all the package recently.