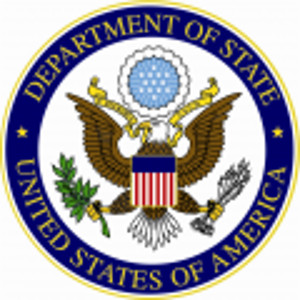 SARI is one of 13 institutes of the Council for Scientific and Industrial Research Institute (CSIR), located in the Tolon District in the Northern Region of Ghana.  CSIR-SARI Director, Dr. Stephen Nutsugah, accepted the donation on behalf of the institute.

United States Ambassador, Robert P. Jackson, handed over the vehicles and office equipment on behalf of the U.S. government.  “The vehicles will give SARI additional mobility to reach even more communities in the north, and the new equipment will strengthen their ability to conduct quality agricultural research,” stated Ambassador Jackson at the handover. “We are fully committed to working with SARI to drive long-term economic growth in the region.”

The donation of vehicles and equipment was made possible by Feed the Future, the U.S. government’s hunger and food security initiative. Feed the Future aims to improve agricultural productivity in maize, rice, and soybeans in Ghana, as well as to boost the incomes of smallholder farmers in rural areas. Feed the Future supports SARI as it strives to bring impactful technologies like higher yielding seed varieties to farmers in Northern Ghana.

Tunisia: Rezidor strengthens its presence with two hotels in Sousse