Will Mehdi Jomaa succeed in defeating the whims of politicians? 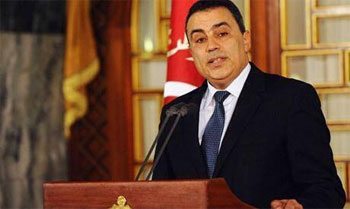 Since his designation on January 10, 2014, Mehdi Jomaa has given the image of someone who knows what he wants. Even before his inauguration, he showed his determination and was successful on two important issues. First, he wanted to keep Lotfi Ben Jeddou at the Ministry of the Interior, and then he refused to be ejected by the National Constituent Assembly (NCA) by an absolute majority (50% +1).

The day of his inauguration, he wanted to reassure the NCA on his openness to a probable revision of any appointment that does not respond to three standards for the choice of ministers (independence, competence and probity), but defended clearly his prerogatives as the only one to decide, and stood for his ministers of tourism and justice who were in the crosshairs of some deputies and in social networks that are close to them.

Observers were quick to understand, in view of his other positions, that the attitude of the new prime minister was not mere stubbornness. It was rather part of a holistic approach that aims to bring to the country stability, social peace and national harmony and restore the value of work and standards of efficiency, prerequisites for successful elections.

The term national harmony should be the watchword of governance, Mehdi Jomaa used it twice in his inaugural speech, once at the beginning and once at the end of the speech, but economic efficiency has been approached from several angles.

The vicious circle of spiraling prices and wages which has reduced the state to the status of a funder of speculators and smugglers through the compensation fund fed by external debt must be broken in the short time.

Debt should serve investment rather than consumption. Major blocked projects must be re-activated to boost development in regions and give hope to young people who waited too long without seeing anything coming for three years one.

Calm must return to the mining area to allow the Gafsa region to recover its place in the dynamics of development. The value of work should also be restored quickly along with the assumption that employment can only be generated by investment and the creation of wealth, and the necessary creation of a social climate based on consultation and dialogue.

These guidelines should be based on an overall political dynamic which consists of starting work of the Truth and Dignity Committee, winding up the affairs of the martyrs and wounded of the Revolution at the legal and institutional levels and the dissolution of the Leagues for the Protection of the Revolution (LPR).

Mehdi Jomaa has not adequately addressed the heavy economic, social and security legacy of the Troika, merely speaking for a while about the orientations that unite Tunisians, like the fight against terrorism, but wanted to draw a comprehensive picture of the institutional complexity of the moment.

To the NCA, which always states that it is the only source of legitimacy, Mehdi Jomaa said his only support comes from the Constituent Assembly and the Tunisian people and to the Quartet, sponsor of the National Dialogue, he stated his willingness to accompany them until the elections. To the ISIE, he expressed his willingness to provide it with everything it needs, but leaves it up to it to fix the exclusive agenda and modalities of elections.

Armed with his experience as a Minister and perhaps by the inauguration meeting that gave him an idea on the whims and excessive behavior of political leaders, Mehdi Jomaa, the apolitical technician has acted so far as if Tunisia was not the country where political parties abound, and looks to omit that these political formations will stop at nothing to press their claims even at the risk of endangering the entire transition process.

The question, therefore, arises as follows: will he eventually stop parties’ domination or will he be defeated by the very people he thought he has defeated?

SA looks up to China for economic growth