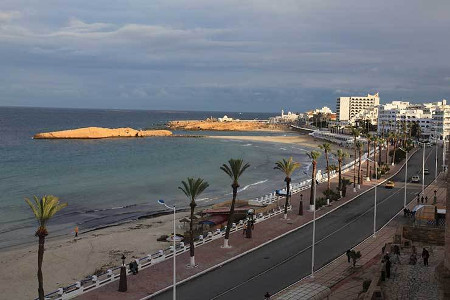 For having lasted more than necessary, the Foreign Office’s travel alert advising Britons not to go to Tunisia only adds to the bitterness of the Tunisian authorities, which having long watched with frustration, seem determined to take action and even go on the offensive, diplomatically and on the ground.

Minister of Tourism Salma Elloumi Rekik, flanked by her colleagues in Foreign Affairs and the Interior, met on Thursday, February 18, 2016, the European ambassadors, to expose to them all the efforts exerted by Tunisia in terms of hotel security and services, as well as preparations to ensure the success of the next tourist season. The Tourism Minister appealed for the sense of European solidarity with the democratic experience in Tunisia.

On site in the United Kingdom, where the ban on British tourists is still maintained in the state, officials of the Tunisia’s National Tourist Office (TNTO) struggle to obtain the lifting of the warning, while two giants of the travel industry, Thomas Cook and TUI, have canceled all their summer programs in Tunisia.

“It’s a pity.” It is in these terms that Tarek Aouadi, Director of TNTO Office in Britain labelled the UK government’s decision. This description that can only be an understatement said, for its part, “Tavel Trade Gazette” (TTG), UK’s leading publication for the travel and tourism industry in an interview granted to it by the Tunisian official.

Prior to June’s attack, he revealed that the UK was on course to become Tunisia’s largest market, looking set to surpass both Germany and its number one market, France.

He recalled that 2010 had marked a “boom year” for tourism, but since the revolution in 2011, German and French tourist numbers had dropped. Brits however, had been undeterred. 425,000 UK  holidaymakers visited the country in 2014, turning it into a record year for that corner of the market. “The UK market was getting closer and closer to the French and German markets,” he told TTG.

“It was on its way to overtaking the German market. It would have reached the same figures as the French market in about two or three years.” Predictably though, that growth took a dive following the incident in Sousse.

Although the terrorist attack occurred in June – halfway through the year – it affected the industry to such an extent that only 207,000 Brits travelled to the country in 2015, a fall of 51%.

The decline is set to be further reinforced by the latest decisions of Tui and Thomas Cook, with 90% of all British visits to Tunisia booked with the big two.

“Obviously we understand the reason, but it’s like our hands are tied. We are powerless in front of the authorities,” Aouadi said. “It’s really a pity, although we don’t underestimate the [reasons for it]. The whole industry has been put on hold.” The news is even more of a blow, because figures show that despite the terrorism concerns, Brits still were still keen to travel to the North African country this year.

He said until the big two cancelled their programs, some 17,750 Brits had booked to visit the country for summer 2016. He speculates that this number would have jumped to 40,000 by April 2016 if bookings were still available, and believes the record numbers of 2014 could have been reached within four to five years.

“[UK] people are telling me ‘we will go back as soon as the issues are over’,” he added. The problem of course lies in the UK government’s decision not to amend its advice – without this, it is almost impossible for British holidaymakers to secure travel insurance, meaning no UK travel firm can feasibly offer a programme to the country. In contrast, France, Germany and Italy are all still continuing to travel to Tunisia.

The country is working hard to boost its security and convince the UK to lift its ban. Special emphasis has been placed on beefing up security in hotels, but restaurants have also been a focus. Added precautions include extra training for staff, more CCTV cameras and metal detectors.

Tunisia has also completed the first stage of a 125-mile barrier – comprising water-filled trenches and sand banks – along its border with Libya, to prevent the movement of militants. Last week Martin Schulz, president of the European Parliament, inspected hotels in Sousse.

He insisted Tunisia had taken “all necessary preventative security measures to ensure holidays could be taken safely”. He also called on international authorities to visit the country “as soon as possible and inspect the security situation”. Deputy Director of the TNTO, Mounira Derbel, said she had expected the FCO’s recommendation to be lifted late last year.

Now, the office predicts March or April – “the Tunisian government is working in close collaboration with the UK agency for setting up a security plan,” she said. Sadly, this will be too late for the big two. Understandably Tunisia’s 2016 UK advertising campaign has also been placed on hold.

“Since we have this ban we can’t advertise the destination [to consumers] but we are redefining our market strategy approach,” Derbel insisted. “We have to keep optimistic,” she added. “We can’t give up because if we do, we let the terrorists win and we are not ready to give them that opportunity.

Nigeria: I have no regrets, says Sanusi