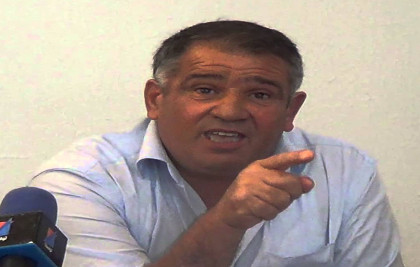 Abderrahman Hedhili, President of the Tunisian Forum for Economic and Social Rights (FTDES) gave African Manager an exclusive interview in which he predicted a massive return of social movements at the beginning of the year.

He also spoke of the economic situation of the country, calling it very difficult and critical.

On the new cabinet reshuffle recently announced by Prime Minister Habib Essid, Abderrahman Hedhili said it will be useless and will not provide answers to the major problems of the country.

What would be the shape of social movements at the beginning of the new year?

Social movements will register a massive return during the next two months of January and February mainly in interior regions where the revolution objectives have not been met and the claims of the inhabitants are still not satisfied.

The movements will also massively return early this year because of the non-application of several agreements signed earlier.

And what can be said about the role of Essid’s government in easing social tensions?

A year has passed since the establishment of the government team of Habib Essid, and the government has not fulfilled its mission; it failed in solving the economic, social and political problems faced by Tunisia.

The government of Habib Essid has not managed to develop a strategy or a clear vision for regional development.

The Forum reported a decline of social movements in the last quarter of the past year, how can we explain this?

Yes it’s true … Social movements saw a remarkable decline during that period, following the terrorist attacks recorded at the end of last year and the announcement of the state of emergency and a curfew, in the wake of the terrorist attack on a presidential guard bus last November.

What do you think of the current economic situation of the country?

The country’s economic situation is very difficult if not critical, and the government of Habib Essid, since its establishment, has not taken the necessary measures to deal with the crisis faced by Tunisia for several years.

How can the recent cabinet reshuffle announced by Essid solve the crisis?

The cabinet reshuffle will not solve the crisis and economic recovery will not be started with the announcement of a new government composition.

The government of Habib Essid has not yet set a definite strategy to solve the urgent problems of the country and which have been outstanding for several years, such as the issue of construction workers still unresolved and still surfacing.

This important issue that affects approximately 60,000 workers will be among the sparks of renewed protests in inland areas, including Gafsa and Jendouba.

World Bank, AfDB to review their portfolios in Togo