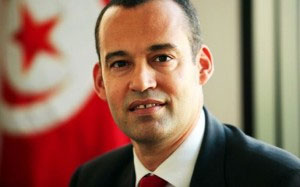 Minister of Investment and International Cooperation, Yassine Brahim, told MosaiqueFm Tuesday, the external debt ratio of Tunisia has increased significantly in the recent four years. From 38% of GDP in 2011, it made a leap up to 52% or even 53% in 2016.
Yassine Brahim added that it is imperative to stabilize the country’s debt ratio to 60% of GDP at least during the implementation of the five-year plan 2016-2020.
Indeed, it is this figure that is considered by most experts as the critical level of Tunisia’s external indebtedness. But the same experts also agree that the most worrying is that Tunisia borrows at light speed to support consumption, instead of assigning these jackpots to investment and wealth creation.
Share
Facebook
Twitter
Linkedin
Email
WhatsApp
Viber
Pinterest
ReddIt
Tumblr
Telegram
Digg
Mix
Print
Previous articleTunisia picked as Partner Country for Summer Fancy Food Show in New York
Next articleAbderrahmen Hedhili to African Manager: Essid’s government has failed and cabinet reshuffle is useless

Training empowers women affected by HIV and AIDS in Zimbabwe

Tunisia: growth rate dwindling, it is no more than 1%