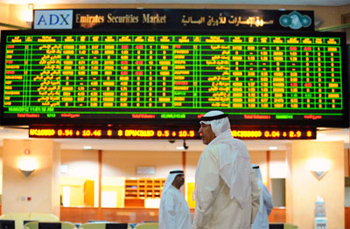 Abu Dhabi Securities Exchange (ADX) has signed an agreement paving the way for bonds and other debt instruments to be listed and traded through the bourse, it said in a statement on Sunday.

The introduction of debt listing and trading has long been anticipated in the emirate – the largest and richest of the seven which make up the UAE – as a way to expand the exchange’s activities and make it easier for local companies to sell debt instruments.

Developing a domestic debt market was a “national priority”, the UAE central bank governor said last November, while the head of the emirate’s department of finance said the local government would dual-list government bonds in Abu Dhabi and London in future.

Under the agreement signed by ADX and National Bank of Abu Dhabi, the UAE’s largest lender, bonds can be listed and then traded through the exchange by local and international investors, with NBAD using its account with Euroclear to process the transactions.

Euroclear is one of the main international clearing houses for trades in public debt instruments.

No time frame for when the agreement will come into force was given in the statement. A spokesman for ADX said a date for when bonds trading would start had not been decided, but that the agreement with NBAD was a message to the market that the infrastructure was ready.

The statement noted that only one bond was currently listed on the ADX: a subordinated convertible note issued by NBAD. Abu Dhabi currently has one sovereign bond outstanding, which matures in 2019.

Establishing a listing and trading platform for bonds brings the ADX into line with neighbouring emirate Dubai, which has such business through the Nasdaq Dubai exchange. Nasdaq Dubai currently has conventional bonds and sukuk worth more than $23 billion, according to its website.