HomeWorldBahrain among most stable countries in Mideast
World

Bahrain among most stable countries in Mideast 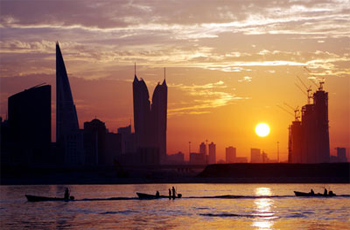 Bahrain has been named as one of the top five most stable countries in the Middle East in a worldwide ranking of nation states.

The Fragile States Index, created by US-based research institute The Fund for Peace, assesses the pressures experienced by nations based upon social, economic and political indicators – such as demographics, refugee flows and uneven economic development – and has been used by researchers, educators, and governments across the world for the past decade, reported the Gulf Daily News, our sister publication.

In the latest index, published yesterday, Bahrain was ranked as the 55th most stable country in the world and fifth least fragile in the region.

Factors in its favour included a low degree of “human flight and brain drain” – a measure of the amount of migration in general and emigration of educated population in particular – as well as low amounts of poverty and a good provision of public services.

However, Bahrain was judged to be weak in its scores for “group grievance” – a measure of tension and violence that exists between groups within society – as well as those for corruption, human rights and divided elites.

Over the five years since 2009, the country is deemed to have improved on indicators reflecting population displacement, emigration of the educated, economic development, public services and need for external assistance.

Only its scores in the categories of group grievance, human rights and the effectiveness of state security apparatus are said to have declined.

In the GCC, Bahrain ranked fifth behind Kuwait, adjudged to be the 51st most stable country in the world, Oman, at 43rd, Qatar, at 39th and the UAE, at 35th.

Only Saudi Arabia ranks as less stable, at 82nd in the world rankings.

A marked upswing in violence in Afghanistan, which ranked as the seventh most fragile country in the world, and continuing sectarian strife and terrorism in Yemen, which ranked eighth, saw them named as the most unstable in the Middle East.

Iraq, meanwhile, fared a little better in the rankings, listed as 13th most fragile in the world – though this was largely due to events since January not being factored in.

The most stable country was Finland in northern Europe, while South Sudan in Sub-Saharan Africa was named as least stable.

Kuwait to emerge as trade hub