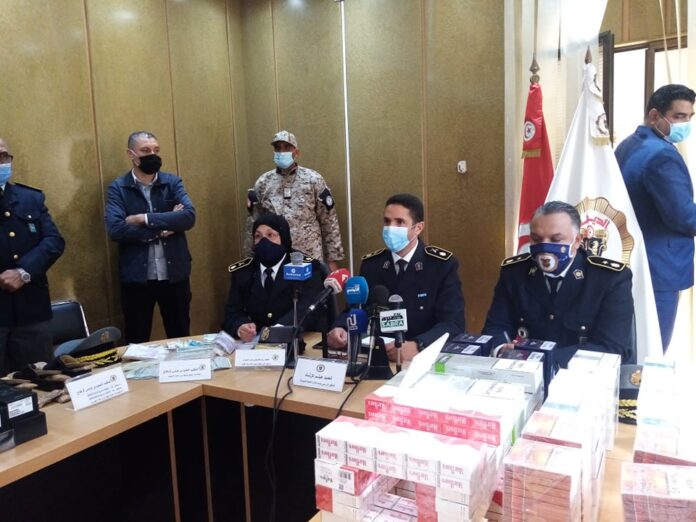 Rim Amdouni Hawat, Controller General of Public Directorates at the Tunisian Customs announced at a press conference Thursday that the case of the import of Italian waste by a Tunisian company is currently the subject of a judicial investigation opened by the Public Prosecutor’s Office in Sousse.

“It turns out, in fact, that this waste is municipal waste whose import is totally prohibited in Tunisia in accordance with national legislation and international conventions, contrary to the customs declaration made by the company concerned that this waste is of recyclable plastic type,” said the customs official.

She added that given the European origin of the containers of this waste, customs required the offending company Soriplast to present a document proving the authorization of the Tunisian government, saying that document did not include any signature of the Ministry of Environment.

It recalled, in this context, that 70 containers of this waste imported by this company have been sealed, pending implementation of the decision to return these containers.

As for the remaining 212 containers, they are still waiting in the port of Sousse.

On November 2, an investigative TV report aired on private Tunisian channel “Elhiwar Ettounsi” had brought to light the case of the import of Italian waste by a Tunisian company based in Sousse.

The case, which sparked a general outcry on social media, prompted the Ministry of the Environment to come out of its silence and publish a press release in which it announced the opening of an investigation.

It had assured, however, that no authorization had been granted to that company.

One of the fallout of this, Director General of the National Agency for Waste Management (ANGED) Faisal Bedhiafi was dismissed, Thursday, November 12.

The Green Tunisia Network, a collective of associations and experts active in environmental protection had called, last Tuesday, to bring the responsible company and its representatives before the courts, on the basis of Tunisian criminal law, particularly Article 14 of Law No. 2015-26 of August 7, 2015, relating to the fight against terrorism.

The collective had also threatened to act internationally and to file a complaint with the European Court of Human Rights.

The Customs revealed that customs revenues reached 5,852.8 million dinars in the first ten months of 2020.

These are seized goods, including 50 kilograms of gold, 238 kilograms of silver, 34 kilograms of cannabis and marijuana, 6.47 million packs of cigarettes, 38 thousand packs of Mua’assel and the equivalent of 11.8 million dinars in foreign currency.