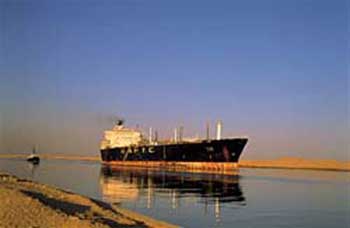 Revenue from Egypt’s Suez Canal rose 8.9 percent to $442.4 million in April from $406.1 million in the same month a year ago, Egypt’s state information portal said on Monday.

The waterway, the fastest shipping route between Europe and Asia, is one of Egypt’s main sources of foreign currency.