Exclusive: Taboubi sure of himself 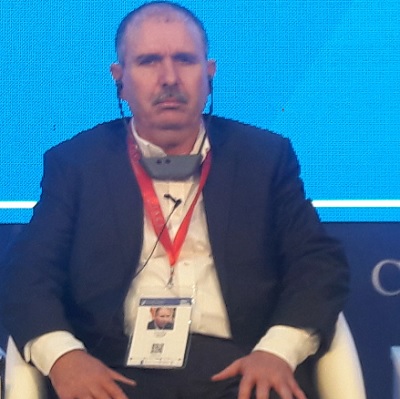 Africanmanager was, Saturday, December 8, 2018, the first to arrive at the seat of the Business Days in Sousse and there was no other journalist on site and around. We had expected him to refuse to speak, when we introduced ourselves, so much his communication assistant, Sami Taheri, insulted us face-down on his page on social media.

Noureddine Taboubi has nevertheless agreed to talk about UGTT / Government relations, the link between payroll and productivity and the crisis of secondary school exams.

And if he was feeling he had the right behavior, albeit in a language that says everything without saying anything, asking for everything from the government whom he made responsible for everything that happens.

He seemed less intransigent on the issue of the crisis of education. He did not let down his former opponent at the last UGTT congress in the case between Lassaad Yaakoubi and Minister Hatem Ben Salem. But he almost did it.

What would Noureddine Taboubi say to businessmen gathered in Sousse, to discuss in particular the link between incessant wage increases and declining productivity since 2011?

My presence in Sousse is the best proof of the importance of these questions. And when we talk about production and productivity, we must also note that responsibilities are shared, but also responsibilities for political choices, when it comes to preparing the climate and the prerequisites for the success of these choices.

At the UGTT, we consider that we have no choice but to work to get out of the crisis. As for the employee, he must produce and ensure productivity. He currently delivers just over 50% of what is requested. The rest is linked to another situation. Today, we must not keep blaming each other, because we have all that we need to succeed, and our main asset to achieve this is the human potential that is ours, consisting of a specialized workforce.

We must therefore, and not only cyclically, sit down at the dialogue table, quietly, calmly and with objectives, bound by a true social pact and that everyone respects its commitments.

As you know, the volume of wages and its evolution far outweigh the increase in production, the rise in productivity and the creation of the wealth needed for redistribution into wages and the like. The typical example is that of the phosphate sector, which produces very little and requires a lot…

You have taken the example of a natural wealth, whose production has greatly diminished. The UGTT has never gone on strike in this sector since the revolution. Not a day.

However, production shutdowns are almost daily

Who stopped production? Is it the workers? If it’s true, I can take responsibility

And yet, all social protests in the mining basin are under the cover of the UGTT

This is not true. This is because at every recruitment competition, those who do not succeed cut off the roads. The UGTT, on the other hand, has regularly published press releases in which it dissociates itself from these protests.

And this is the true demonization of the UGTT, to whom all the errors are attributed. The second thing is the political responsibility that is societal. Since the CPG is no longer able to bear all the social charges, it is necessary to create another economic dynamic by the private sector to create the necessary jobs.

We must also deal with environmental pollution and its impact on citizens, health and education services. Thousands of employees are recruited into the environment company and they are not given any work.

You know, however, that it is a fictional business as much as the work of its employees!

Who recruited them? They are the patch-up solutions implemented by successive governments that led to this situation. And it is not by organizing a new recruitment competition every time that we can find a solution to ease the burden of the CPG. We must find other solutions.

And what would be the solution in your opinion?

That the politician be lucid and responsible. Today, each region has an agreement with a government to try to solve the problem temporarily, but that makes the situation even worse.

Is the UGTT not aware that some problems have a cost that the state budget cannot currently bear?

Then it would have to tell the people the truth about the situation. We are told, for example, that Tunisia’s economy will grow 2.8%. Was this growth real, the result of a genuine economic dynamic that creates jobs, or is it simply due to consumption?

Assuming he does, would it solve the problems?

Let them say it first, afterwards, if there are sacrifices to be made, we are ready, but in perfect equality and in proportion to the capacities of each.

Why does the UGTT just ask for wage increases and we do not hear it asking for more production and worker productivity?

This is not true. I say that we must first determine the responsibilities of this issue of productivity. At 55% it goes to the employee. The rest is the responsibility of the entire environment of workers, investors and the government.