FAO and partners confirm commitment to combat climate change together 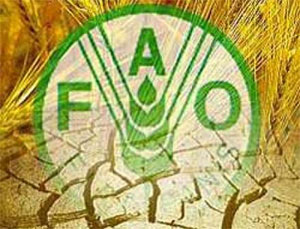 FAO and partners launched a new regional project to improve the livelihoods and economy of rural population in the Sahel and the Horn of Africa during an FAO organized two-day meeting held in Addis Ababa, Ethiopia, on the 30th November to 1st December.“Africa is blessed with a suitable, if not abundance of, natural resources wealth,” highlighted Dr Jane Edeme, Deputy Director for Rural Economy and Agriculture of the African Union in a message to the participants, “and even though it is home to some of the fastest growing economies the number of hungry people has gone up in 2014. Now, with the effects of El Niño, the challenge to change this is daunting. The African Union Commission voices its unreserved support for policies and strategies aimed at building resilience.“In both the Sahel and the Horn, the majority of the population are dependent on farming and pastoral activities both of which are particularly susceptible to shocks. Given the commonalities characterising these two regions, it is imperative to adopt a unified approach, while also addressing issues specific to each area to tackle food insecurity and build community and household resilience”, declared Patrick Kormawa, FAO Sub-regional Coordinator for Eastern Africa and Representative to AU and UNECA.Establishing robust and effective partnership with CILSS and IGAD.The food and nutrition security situation in Africa’s dry lands particularly in the Sahel and the Horn of Africa remains a major concern, marked by both chronic and acute vulnerabilities.

Tunisia: foreign exchange reserves pick up again thanks to EU