Former CEO of AGIL: we have payment defaults of 500 MTD. Transport companies and Syphax crippled us 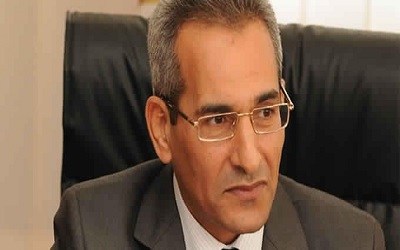 “The men pass, the ideas remain.” This exclusive interview was given by the former CEO of the National Petroleum Distribution Company (SNDP-AGIL), Moncef Mattoussi, before his recent promotion to the post of CEO of the Tunisian Company of Petroleum Activities (ETAP).

The ideas presented here represent strategic axes for the SNDP’s activity and will certainly constitute the company’s action plan for the months and years to come.

What do you think of the financial situation of the company?

Several factors are behind this decline: The fall in the price of a barrel of oil and the decline in civil aviation activity. The phenomenon of fuel smuggling, which has had a major impact on the performance of society and its partners, should not be forgotten.

Despite this decline, we must point out that the company was able to win the first place in terms of distribution with a market share of 40% in three sub-sectors, namely hydrocarbons of all kinds, aircraft fuel and lamp oil.

But the company is still faced with a problem of unpaid, how much progress has been made in this area?

Yes. The payment defaults of AGIL exceeded 500 million dinars. The major share of the sums owed is to the public transport companies, headed by the Tunis Transport Company and Syphax Airlines.

And what about Tunisair, you did not mention it…

Precisely, Tunisair paid all its invoices which amounted to 50 million dinars. On the other hand, for Syphax, efforts are under way to find a solution with this company which already suffers from several financial difficulties. A working meeting was held with a justice officer representing the company and a rescue plan for that company was in this sense presented.

We hear almost every day information about a possible disruption in the supply of hydrocarbons to the local market. To what extent can these noises be believed?

No, supply to the local hydrocarbon market will continue and there is no problem. Moreover, we have put in place the necessary measures to avoid any problem in this direction. We have also commissioned all our centers throughout the week to ensure the supply of hydrocarbons to the market. The company also carried out storage operations in this area.

We must also point out that the company’s daily production of LPG gas has increased by 20% during the month of January, compared with the same period last year, rising to 70 thousand bottles of gas compared with 60 thousand Bottles previously. This increase has a positive effect on other

companies working in the same sector, with a national daily production equivalent to 180 thousand bottles.

And what is your future strategy in terms of production?

Our objective is to provide an estimated stock of between 2,000 and 4,000 bottles of gas distributed in all the company’s subsidiaries, mainly in the border regions (Kef, Ain Drahem, Tabarka and Ghardimaou). We also want to coordinate with Algeria to mobilize nearly 6 thousand bottles of LPG gas to supply the border regions.

We are also planning the launch of a new LPG center in the governorate of Bizerte. With a capacity equivalent to 4,000 million tons, the project will require investments of the order of 100 million dinars. The tender will be launched in the first quarter of this year.