HomeFeatured NewsTunisia-Exclusive: 1.2 tons of gold and more than 3.4 tons of silver...
Featured News

Tunisia-Exclusive: 1.2 tons of gold and more than 3.4 tons of silver sitting in coffers of Customs 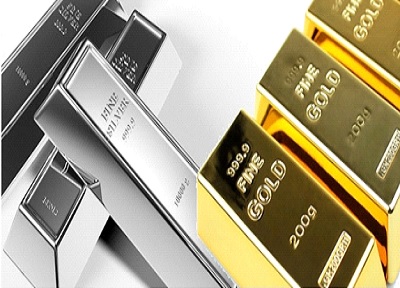 There is no doubt that the Tunisian Customs has played its role of securing the commercial borders of Tunisia and as a barrier against smuggling of all kinds and whatever its origin.

At the end of the 2016 fiscal year, customs revenues contributed more than 4.854 billion TD to the state coffers, of which over 2.7 billion DT in the area of VAT on imports and more than 1, 2 billion TD in taxes on consumption on imports. The various services and its different representations on the territory have worked well, since revenues have increased by 11.7% compared to those of 2015.

Last year, 2016 also, it is a stock of foreign currency worth 5,539 MTD and a stock of local currencies with a value of more than 2,305 MTD that have been seized and joined the reserves of the BCT or the public treasury.

This is to be added to the 66,733 MTD in goods and vehicles used by smugglers, which were seized.

These goods were either destroyed for those perishable or dangerous or redistributed to certain ministries or public enterprises, with the authorization of courts, as in the case of vehicles and certain equipment.

The customs authorities have thus made authorized “donation” for more than 20 MTD in the year 2016.

But customs has not seized only goods; it has also intercepted large quantities of gold and silver.

In 2016, there were almost 46 kilos of various gold, ingots or jewelry, some of them with many precious stones, which were seized. The value of the gold seizures exceeded 2,633 TD. Large amounts of money were also seized.

In 2016, it is more than 5.8 kilos of solid silver worth 14,958 TD. All the quantities of gold, seized every year since 2011, are deposited in a special box of the Customs at the Central Bank of Tunisia. The quantities of silver are generally kept in other coffers, in the shelter, in various places kept secret.

Thus, the quantities of gold seized since 2011 and deposited with the BCT now exceed one ton, or more precisely 1,212 tons, either in ingots or jewelry, less than half of which was subject to conciliation minutes and paid the contraventions relating thereto, without, however, permitting them to recover the quantities of gold fraudulently entered. The fraudulent importation of money was much greater.

The question remains where all these seizures go and what is done about them in Tunisia. As mentioned above, foreign currencies will inflate the Tunisian reserves at the BCT. The money seized goes to the treasury of the State. The money is for the moment kept in various coffers. A Cabinet meeting should soon convene to decide how best to use all these quantities.

For gold, it could be melted into ingots that would join national reserves. It would then be

added to the 6.779 tons of gold of the Nation (ingots and commemorative medals).

Now, it happens that a good quantity of this seized gold is in the form of jewels, sometimes made of the hands of masters and adorned with precious stones.

Crushing and melting them to make ingots would greatly diminish their value ahead of a possible sale. What will the government decide and communicate on this? We doubt it!

Ezzedine Saidane rows against the current: “IMF does not impose anything...