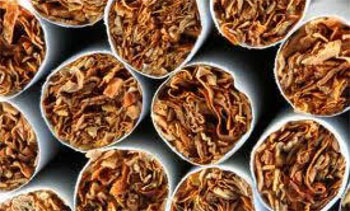 Anti-smoking campaigners urging a 100 per cent increase in duty on tobacco products in the GCC have been warned that the move would fuel illicit trade in the region.

It could lead to a growth in cigarette counterfeiting by gangs targeting young people, impacting on local businesses, said a white paper report.

The paper discussed the proposal for the doubling of duty on tobacco, the impact of smoking and the effects on trade and social stability.

Jonathan Davidson, chairman of the British Business Group, Dubai and the Northern Emirates, and a contributor to the paper, said: “As I have said previously, the overriding objective of any government must be to improve the health of its population, and strengthen revenue streams.”

“But the risk here is still one of increased counterfeit trade derived from organised crime, which would result in a need for increased resources of enforcement, better regulation and stiffer penalties,” said Davidson, who is also the managing partner of Davidson & Co Legal Consultants.

“If the GCC went ahead with a 100 per cent increase in duty on tobacco products, the methodology behind this would have to be very well thought out, and the tobacco companies would need to buy into it.”

Omar Obeidat, partner and head of intellectual property at Al Tamimi Dubai, who is the other contributor to the paper, said: “Addressing illicit trade should be a step ahead of any tax increase consideration.

“Smuggling is sometimes a by-product of tax increases and so increasing tax on tobacco products is going to have a double impact with the growth of smuggling. It affects legitimate trade and hits the revenue of the government.

“Whenever you increase taxes or introduce more restrictions, you’re only targeting the companies playing the rules and abiding by the law. Without addressing illicit trade, you will be offering an advantage to those breaching the law, so that’s why it has to be a level playing field.”

The health officials in the GCC point to the low cost of tobacco in the region, with packs of 20 cigarettes at costing around Dh7 ($1.9) compared with Dh48 in the UK, as justification for the raising of tobacco tax to reduce smoking.

The white paper, which was circulated to GCC finance ministers, health officials, police and customs authorities, spotlighted a need for strong measures to protect legitimate and local businesses.

It also urged authorities to drive education and awareness programmes to warn people – especially the young – against the risks of smoking, removing the ‘cool factor’ from smoking, and reinforcing tobacco control.

The paper reported that an estimated 600 billion illegal cigarettes are sold each year worldwide.

Illicit trade also means governments and legitimate businesses lose billions of dollars in revenue each year, while the cost of fighting crime is becoming increasingly expensive, it added.

US Millennium Challenge Compact for Senegal among world’s largest – Clinton