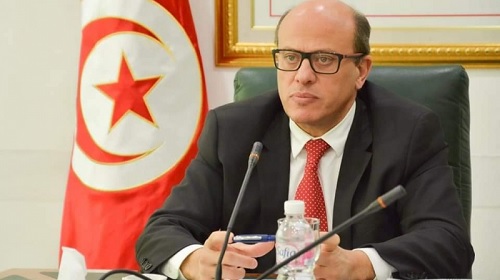 Minister of Industry and Small and Medium Enterprises Salah Ben Youssef, on Tuesday, apologised to the Parliamentary Committee on Administrative Reform, Good Governance, Anti-Corruption and Control of the Management of Public Money, after the controversy aroused by the 2-million-mask production deal.

«I apologised for the controversy. Whether it was intentional or not, I had to apologise,” he told reporters after a hearing at the House of People’s Representatives, which was attended by the president of the Tunisian Textile Federation.

The Minister had contacted, in a phone conversation, Al Badil party MP Jalel Zayati, who is also head of Ortho Group company, for the production of 2 million masks.

The National Anti-Corruption Authority (INLUCC), alerted by industrialists and textile professionals, initiated an investigation into “suspected corruption and conflict of interest.”

The authority transferred the case to the Public Prosecutor at the Tunis Court of First Instance.

The economic and financial brigade took charge of the investigation.

The Minister, on Tuesday, clarified before the Parliament that the deal was not concluded with the MP Jalel Zayeti.

It was just an offer to make 2 million washable and reusable masks, quickly and within tight deadlines, he pointed out.

President of the committee Badreddine Gamoudi said the committee’s work on this case will remain open pending the report of the INLUCC, pointing that the committee will inform the public opinion of the truth about this case.

The dysfunction in this case lies in the rush to respond to an order from the state, as it is preparing for the post-lockdown period.

“It is a matter of miscommunication rather than a suspicion of corruption, since the minister’s intention was to provide the quantities within the required time,” Gamoudi said.

Municipalities can count on Germany in key areas

Tunisia: almost 3 Billion TD more in the trade deficit in...