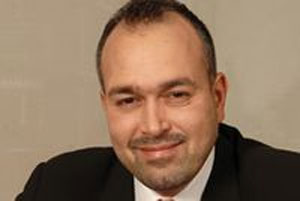 Around the world, a sample of 30 of the world’s largest Fortune 500 companies generated visitor traffic to websites that host malware, with the Middle East’s energy, oil, and gas sector seeing a sharp rise in malware attacks.

“Organisations across the Middle East and Africa must realize that it is no longer if they will targeted by cyberattacks, but rather when,” said Tarek Ghoul, general manager, Cisco Gulf, Levant and Pakistan.

“Chief information security officers face growing pressure to protect terabytes of data on an increasingly porous network, manage information safely especially on the cloud, and evaluate the risks of working with third-party vendors for specialized solutions – all in the wake of shrinking budgets and leaner IT teams.”

The Middle East and Africa region is posting strong adoption of smart devices, set to grow from 133 million in 2013 to 598 million in 2018, and cloud computing, set to post the world’s-strongest cloud traffic growth rate from 17 exabytes in 2012 to 157 exabytes in 2017, according to Cisco.

However, while increasing mobility is rapidly enhancing daily lives and businesses, it is also driving more complex security threats and solutions. Businesses across the Middle East are at high risk, with 65 per cent of employees not understanding the security risks of using personal devices to the workplace, according to Cisco’s recent Middle East ICT Security Study.

As a result, cybercriminals are increasingly attacking Internet infrastructure rather than individual computers or devices, with password and credential theft, hidden-in-plain-sight infiltrations, and breaching and stealing data.

Tunisia: Tourism receipts not calculated in foreign currency amount to 3.1...