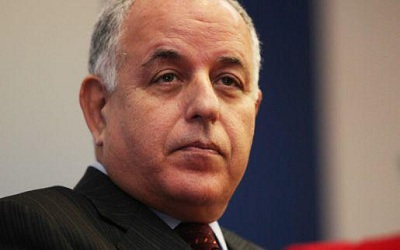 Former governor of the Central Bank of Tunisia (BCT), Mustapha Kamel Nabli, gave an exclusive interview to African Manager in which he spoke of the Banking Act, the new law governing the status of the Central Bank and the $ 2.9 billion loan from the IMF which has been approved by its Board of Directors.

What is your opinion about the law governing the Central Bank of Tunisia?

The new law on the status of the Central Ban of Tunisia was needed to clarify the role and regulations at the bank and strengthen its independence, but it still poses a major problem with the composition of the Central Bank’s Executive Board since this law establishes the independence of the bank, on the one hand and overloads the Board with representatives of the state and the administration, on the other hand, which is inconsistent with the independence of the Bank.

The Executive Board of the central bank is dominated by government members, i.e. between 3 and 4 State representatives.

What do you think about the draft banking law? Do you have reservations?

The establishment of a new banking law is certainly necessary to reform the Tunisian banking system and modernize it. This law has several positive aspects, but still it is a defensive rather than offensive act to the extent that it does not reflect a vision of reform of the banking system, besides the fact that it has not clarified how it will contribute to the financing of the economy and meet the challenges of the coming period. There is no vision on it on how to act or a clear policy on the restructuring of the banking sector and how it will face competition.

Can we speak of strengths in this law?

Yes, there are several reforms on the soundness of the banking system to improve its efficiency such as insurance on outstanding deposit, the new legislation on the regulation of the problems of banks in difficulty and the management of failed banks. These are very important issues for the reform of the Tunisian banking sector.

The introduction of Islamic finance in the new banking law has sparked criticism, can you explain why?

Islamic finance needs not be introduced as a parallel activity to the traditional banking system and creates a distinction between two financing systems, one Islamic and the other classical. It is a mistake.

The IMF has approved the agreement allowing Tunisia to receive a $ 2.9 billion loan. What does this loan represent for Tunisia?

The loan of the International Monetary Fund (IMF) that has just been granted to Tunisia is a tranquilizing pill.

Such financing could only bring answers to an acute liquidity crisis and will not solve the problem of the economic crisis.

Tunisia: AFESD to fund water retention project in the Northwest