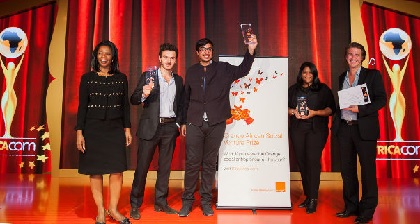 Orange announced the winners of the 2015 Orange African Social Venture Prize during the AfricaCom Awards ceremony held in Cape Town last night. For the fifth year in a row, the Orange Group is recognizing three innovative projects that are set to stimulate development in Africa. The prize aims to encourage entrepreneurs as they launch initiatives using technology to meet the needs of people living in Africa.More than 600 candidates responded to the call for projects, which ran from May to September 2015, reflecting the potential of the telecommunications sector to support development in Africa in fields as diverse as healthcare, agriculture, education and energy.

International Day of the Girl Child: Launch of the ‘National Campaign...

Release of the Report of the AU Commission of Inquiry on...