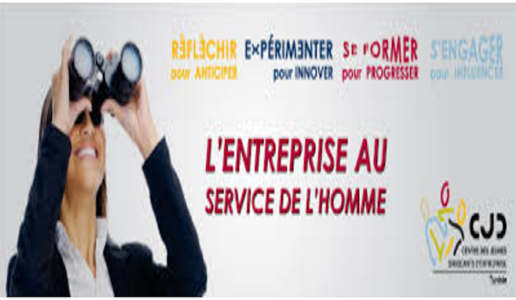 The Center for Young Managers (CJD) and Konrad Adenauer Stiftung (KAS) presented, in Tunis, the 2019 Edition “Reform of the Administration – Survey with SMEs”, which was conducted among 500 managers and heads of small and medium-sized Tunisian companies (not exceeding 200 employees) from October 17 to November 0, 2019.

It should be noted that this survey was not based on a feeling, but on concrete experiences of collaboration that these SMEs have had with public administrations during the last twelve months preceding the survey.

For the third consecutive year, One to One is conducting a satisfaction survey among a sample of 500 Tunisian SMEs.

The objective of this survey is to assess the quality of the service provided by public administrations to SMEs. The evaluation is done by measuring overall satisfaction and also by criteria.

“This is the fourth edition of this survey conducted as part of the reform of the Tunisian administration.

We now have enough hindsight to appreciate the efforts made by some Tunisian public administrations to meet the expectations of Tunisian SMEs, but we note that they still have difficulty in ensuring a high level of satisfaction.

Even the National Business Register (NBR), which is just beginning, is starting with a very mixed score.

We also note that incentives for corruption, which had declined last year, seem to be returning to an upward trend, which is not to reassure us as entrepreneurs.

Nevertheless, I remain convinced that the Tunisian administration has the necessary resources and skills to serve the Tunisian citizen and business and to act as a partner.

Concrete plans for training, support and change management are therefore to be expected,” said Moez El Ghali, President of the CJD.

Five satisfaction criteria were used in this survey:

The questionnaires were answered by phone with managers in SMEs. Quotas by activity, governorate and workforce have been established according to the most recent data from the National Business Register (RNE).

The measurement tool contains about 15 questions on satisfaction, SMEs’ exposure to corruption and expectations of public administrations.

And the winners are….

First of all, the BNEC (Bureau National de l’Emploi des Cadres). Then INNORPI (National Institute of Standardization and Industrial Property).

The APII (Agency for the Promotion of Investment and Innovation) occupied 3rd place, followed by the Central Bank, while the CEPEX (Export Promotion Centre) was last.

The BNEC thus took first place with a confirmed evolution from one wave to another, i.e. up 11% since 2017. It should be recalled that BNEC was almost tied with the tax offices in first place last year.

INNORPI has improved this year and is thus moving closer to its initial position of 2017. It should be recalled that it had fallen considerably last year following a change in procedures linked to the single window.

APII, the Central Bank and CEPEX are in third place with very similar scores.

“We are very grateful to the Center for Young Managers and Konrad Adenauer Stiftung for their confidence in conducting this survey. This fourth edition has shown that there is a slight improvement in the perception of public administration.

However, a large majority (71%) still perceive public administration as a severe, major or moderate obstacle.

However, BNEC stands out from other jurisdictions with a score of 67/100. It should also be noted that incentives for corruption by public administrations during control operations, participation in public procurement, access to services or import/export operations have increased according to SME managers and approached 2017 levels, after having fallen considerably in 2018.

As for the priority actions to be undertaken by public administrations to improve relations with SMEs, the results show the priority for digitization (41%), improvement of service quality (23%) and transparency of procedures (18%),” concluded Youssef MEDDEB, Managing Director of One to One.