Socio-economic measures: Will Fakhfakh keep all his promises? 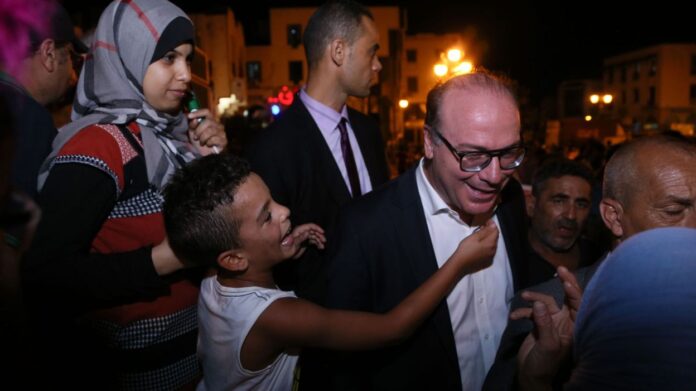 During the plenary session held at the parliament Thursday, June 25, 2020 and dedicated to the discussion of the assessment of the first 100 days of the government and its post-COVID-19 program, Prime Minister Elyes Fakhfakh announced a series of socio-economic measures for the benefit of Tunisian youth and families.

He announced that nearly 250,000 unemployed young people will be integrated into the labor market in the next period under the youth empowerment program.

In this context, he stated that one million young Tunisians aged 15 to 29 years old are today living in deplorable social conditions due to unemployment and marginalization.

He explained that these unemployed people will be recruited in a progressive way and this, within the framework of the economic empowerment program for young people.

The Prime Minister said his team will involve the various public institutions, including the military institutions, in the implementation of this program and will initially integrate 250,000 young people.

He further stated that the details of the program will be presented to the parliament early next year.

Towards regularisation of land situation of 300,000 families

On another front, Elyes Fakhfakh said his government is currently working on the development of a new program to regularize the situation of 300 thousand families with land problems to become owners of their homes.

He pointed to the existence of outlawed working-class neighborhoods and housing areas in several governorates.

Fakhfakh affirmed the determination of the concerned government ministers to regularize these land situations during the next 5 years, in order to allow the next beneficiaries to obtain a certificate of ownership allowing them to use it to get a credit or sell their properties.

Fakhfakh also unveiled his government’s orientation to facilitate measures and procedures for middle and low-income Tunisians to purchase land from the housing land agency’s reserve.

He also denounced the waiting period, ranging from 20 to 25 years for Tunisians wishing to obtain developed land from the land and housing agency.

“The government is working to develop land in the state land reserve in order to help low- and middle-income families obtain housing, and the state currently owns nearly 500,000 hectares,” he said.

Fakhfakh announced that the State’s debt has reached 92 billion dinars, or 82% of the gross national product, explaining that this figure is frightening.

He said that the 60% foreign debt has crossed the red line.

On another front, he stressed that the 6% drop in the growth rate has led to a fall in the State’s resources.

The Fakhfakh government always reaffirms its solidarity with and financial support for unemployed young people and needy families.

However, foreign exchange reserves could run out in the very short term, according to some Tunisian economists.

The State has no choice but to broaden the tax base, resort to public debt and negotiate loans in order to honor all its promises to Tunisians.

To tell the truth, it is neither the year 2020 nor the coronavirus that is on trial, but the years of patronage, nepotism and corruption that have been on the rise for years, he said.