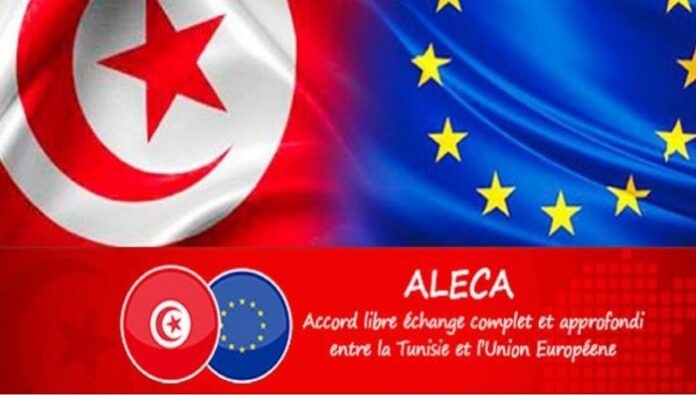 Overshadowed by the coronavirus pandemic, like many other burning issues, that of the DCFTA (Deep and Comprehensive Free Trade Agreement) between Tunisia and the European Union is beginning to resurface as the resumption of negotiations approaches, obviously in a post-COVID-19 logic.

This must mean that they will restart on a new basis, as advocated by President of the Mediterranean Development Initiative (MDI), Ghazi Ben Ahmed.

The Tunisian negotiators have used the moratorium to make progress on studies, sharpen their offensive and defensive re-strategies, and above all assess the upgrading needed to restructure the agricultural sector.

They also used it to finalize the law on cooperatives, which is absolutely necessary to help small farmers become more productive and competitive, Ben Ahmed said in an interview with TAP.

He explained that this will involve negotiating new non-tariff barriers such as norms and quality standards.

These rigorous sanitary, phytosanitary, ecological and environmental standards for all, which would impose themselves on the markets, will be among the most important chapters as they will be tightened to reflect a shift in European collective preferences towards greater security or precaution (precautionism), and will be added to customs tariffs.  This is a real challenge for businesses and their suppliers.

It is essential to rectify the situation, both in form and in substance, he said.

On the form, Tunisia proposes “APET” instead of DCFTA, i.e. Agreement of Partnership for Economic Transition instead of a Deep and Comprehensive Free Trade Agreement.

This better reflects the will to give itself the means (the ability) to meet the increasingly complex challenges and new opportunities at the regional and global levels.

In terms of substance, the APET should mean sharing a bold long-term vision, accumulating comparative advantages to co-produce and relocate part of the value chains in Tunisia, preparing for it properly and undertaking the necessary reforms to move (at our own pace) towards a market economy.

In the unanimous opinion, this health crisis offers new opportunities for Tunisia which could serve as a regional backup for a greater resilience of European and other firms, called to relocate in the vicinity.

Globalization will be under pressure to regionalize, and the potential is enormous for the region.

The challenge will then be for Tunisia to be able to respond to any European dynamics geared towards the regional reorganization of the production and supply model.

This will require the Tunisian government to return to the negotiating table with the EU.

“The real risk is that we will be unable to benefit from free access to the European market for agricultural products and services due to a lack of adequate capacity, infrastructure and efficient logistics.

To this end, we have suggested involving a third party partner, China, in the framework of the Silk Road, to strengthen our capacities and improve our competitiveness,” advocated the president of MDI.

He stressed the need to “implement a number of reforms, including modernizing the port of Rades and organizing jointly with the UGTT its partial privatization”. The labor organization has a historical responsibility and a key role, he insisted.

On to the controversy, sometimes great, raised by the project of Tunisia’s accession to the DCFTA, he recalled that since the launch of negotiations on October 13, 2015, progress has been limited to prevarication, procrastination and questioning on the ability of Tunisia to be able to face competition from European companies, or its ability to benefit from unhindered access to the European market, including services in the absence of an agreement on mobility.

This has strongly influenced public opinion, which has legitimately felt a great deal of apprehension and skepticism in Tunisian and European efforts to reach a fair agreement, between a failure of communication and pedagogy on the one hand and the demonization of DCFTA for political purposes on the other.

Civil society has often sought to draw parallels between DCFTA and the 1995 Association Agreement between Tunisia and the EU. Several NGOs have rubbished the 1995 Agreement.

An impact study is currently underway and should shed more light on the situation. However, if there is a criticism to be made, we must first address it to ourselves, because although Tunisia has been able to take advantage of the preferences granted by the EU, its industry has not been able to diversify and take full advantage of access to the EU market, let alone increase the value added produced locally.

This has been exacerbated by growing regional inequalities and high unemployment among young people and higher education graduates, and has highlighted the limitations of the current Tunisian economic model.

Hence the current fears that we will not be able to benefit from improved access to the European agricultural and services market.

All the more reason to better prepare and upgrade our economy, he said in conclusion.

Africa has potentials to achieve own development – Moroccan FM

Mauritius: Tourists arrivals drop by 0.8% in first quarter this year