HomeFeatured NewsThe paradox of the Tunisian more spending than ever, while prices go...
Featured News

The paradox of the Tunisian more spending than ever, while prices go up! 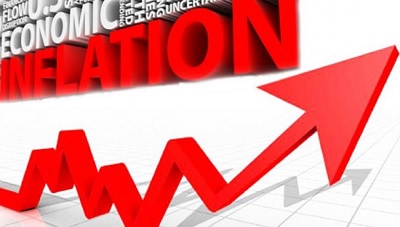 The inflation rate stood at 4.2%, by 2016. It has been rising since the beginning of the year (3.5% in January) and reached its highest levels in the months of September and December (4.2%) and its lowest in July (3.7%) and October (3.9%), according to the latest statistics published by the National Institute of Statistics (INS).

Yet, according to the same institution, the Tunisians have never spent so much, not frightened in the least by the rise in prices: 3,871 dinars in 2015 of consumption expenditure per person per year, against 2,601 Dinars in 2010, up 48.8% over the period 2010-2015; years yet difficult economically for a country that has not finished adjusting the bill of the Revolution.

The INS survey went further by establishing a significant decline in the poverty rate in Tunisia last year, compared to the base year (2010), before the Revolution. According to the statistics, which are obviously official, the rate of poverty has dropped since 2010, going from 20.5% to 15.2% in 2015, with the damper of non-municipal areas (excluding communal areas ), where poverty would have crossed the threshold of 26%. So paradoxical the Tunisians? More spending and “richer” than ever, when the country is at the worst economically?

In any case, citizens challenge and point at the manipulation of numbers, false calculation methods, and so on. In short, Tunisians said loud and clear that they did not see the color of this money that the INS claims they have their pockets and spend without counting.

Even Fadhel Ben Omrane, MP representing Nidaa Tounes, gave a statement accusing the institution of deceiving the public opinion and misleading it. The controversy was so high that Hedi Saïdi, Director General of INS, had to go to the front on Wednesday, January 04, on the National Radio, to defend the honor of his organization.

He strongly rejected accusations from all sides, pointing to the independence of the institution and the reliability of its working methods.

The story does not tell us if he has succeeded in convincing citizens who doubt everything at the moment, meanwhile the INS delivered Thursday figures on which at least all agree, since they concern the Increase in prices over the same period 2010-2015…

The rise in the inflation rate is due in particular to the increase in prices of the food and drinks group by 3.2% compared with 2015 due to the growth in prices of fruit and dried fruits by 11.1%, edible oils, fish and vegetables by 9%, 8.4% and 5.4%, , respectively.

This increase is also due to a 2.2% rise in pastry prices and cereal derivatives by 1.6%, compared with a 2.5% decline in meat prices.

Prices for beverages were up 5.2% due to higher prices for mineral water, soft drinks and juices by 7.4%.

Clothing and footwear up

For the home and domestic energy group, it increased by 5.6%, following the 15.5% rise in drinking water and sanitation prices, resulting from the latest increase in tariffs in June 2016 and rental prices by 6.9%.

Prices for household goods, furniture and equipment rose by 4.1%, due to higher prices for curtains and tapestries by 6.7%, kitchen utensils by 6.4%, home maintenance services by 4% and prices of household appliances by 3.5%.

Health group prices, in turn, increased by 2.8% from 2015 due to higher health care prices by 4.9%, as well as prices for medicines and pharmaceutical products by 1.8%. On the other hand, hospital services have been stable in their prices throughout 2016.

The same trend was observed for the transport group, which bounced back by 4.4% in 2016, due to the 10.9% increase in car prices and the rise in public and private transport costs by 2.8%, and vehicle use costs by 1.3%.

This is also due to higher prices in the telecommunications group (0.4%) and in the leisure and culture group (1.1%).

The consumer price index rose by 0.4% in the month of December 2016, compared with the month of November of the same year.

This rise is due, according to the INS, to the increase in prices of the food and drink group by 0.7%, due to higher prices of certain food products on the occasion of the celebration of Mawlid Feast the Year End.

Similarly, the clothing and footwear group continued its upward trend (1.2% in December 2016), due to the 1.3% increase in the shoe price index and the 1 % growth in winter clothing index.