HomeFeatured NewsAbdellatif Mekki: I recommend organization of societal dialogue to agree on a...
Featured NewsInterview

Abdellatif Mekki: I recommend organization of societal dialogue to agree on a common vision of development 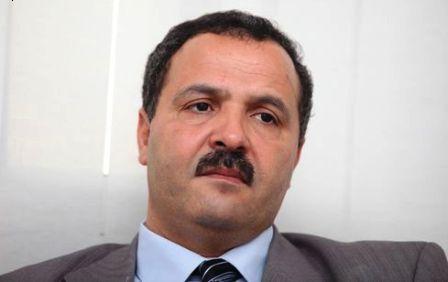 The leader in Ennahdha Abdellatif Mekki has called for the organization of a societal dialogue that will go beyond parties, organizations, to target the coordination of social movements. The objective is to agree on a common vision of development to remedy unemployment and social exclusion, which continue to provoke troubles after having largely motivated the 2011 revolution.

The New Year has barely begun, yet the demands are already shaking some regions, like Kasserine, where unemployment and misery are scourges that are still so glaring five years after the revolution. What do you think?

The social situation is worrying. There are still several gaps. The first structural fault lies in the development and promotion of the interior regions.

Yet the government in place has a program to deal with this sensitive issue. This is important, but it is still insufficient to control the situation and deal with this voluminous file, especially since this will not be possible in two or three years by adopting the old development plan.

This development model, which was adopted for the past 23 years and more, has not worked.

What is the solution?

The approach involves bringing together all stakeholders, politicians and different forces around the same table. The objective is to agree on a vision of common development to remedy unemployment and social exclusion, which continue to provoke troubles after having largely motivated the 2011 revolution.

In my view, this vision should be thoroughly scrutinized to engage all parties and components of civil society to ensure its implementation.

But how to achieve this goal?

I recommend the organization of a societal dialogue on this issue. That dialogue will have to go beyond parties, organizations, to target all citizens, namely the coordination of social movements as well as the unemployed.

In addition to this dialogue, it is very important to let this government work, especially as it has launched several reconstruction projects in the country in order to face the two fundamental problems, namely security and economy.

To achieve this, it is necessary to provide it favorable conditions, including social peace, in order to fulfill its mission. Otherwise, under such conditions, we will find ourselves in a vicious circle.

What would be the main thrusts of this common vision of development to get out of the rut?

Tunisia must find a new model of development that would above all enable the role of government to be revised. This new model should be of major interest to the country as a framework for social rights, in accordance with the provisions of the Constitution.

Similarly, if we want to move more quickly out of this vicious circle and the abyss in which Tunisia finds itself, it is still more useful than ever to revise the tax system in order to correct inequalities and redistribute income so to achieve Justice.

Along the same lines, we need more than ever a new industrial system capable of ensuring production while ensuring a technological added value.

It is the same thing for the agricultural sector that has been neglected for years, which has greatly affected our economy.

The same proposals have been made for years, without advancing along one inch…

Impatience is understandable, but once we have mastered the situation we will forget the years of hard work to get there.

After the enactment of the budget law for the financial year 2017, a subject that has given rise to a lot of ink, it is imperative to create a committee bringing together all actors. The latter will be responsible for negotiating bills for the next few years.

This will provide an adequate framework for discussing all the challenges encountered, especially the solutions proposed and general agreement on the main issues.

Do you have any fears about the beginning of this year and especially the social movements in some regions?

This is part of the democratic landscape, based on several political and social aspects.

For the movements, I think that our democratic system is able to control the situation without causing any losses for the country.

Unemployment rate in Jordan rises to 12.8%

If we miss the next election, the fight against corruption will...