HomeNewsTunis-Carthage Airport: Failure of an attempt to smuggle 22 kg of cannabis
News

Tunis-Carthage Airport: Failure of an attempt to smuggle 22 kg of cannabis 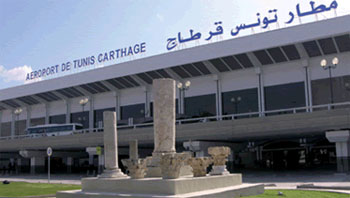 Customs at the cargo terminal at Tunis-Carthage Airport seized a large quantity of cannabis, weighing around 22 kg, hidden inside four packages imported from a foreign country.

According to a statement released Monday by the Directorate General of Customs, these packages, intended for a person residing in Tunisia, contained 663 pairs of shoes, inside which 1097 plates of cannabis were concealed.

A report was drawn up to this effect and the case was transferred to the adequate security services in order to finalize the investigations. It should be recalled that the customs services at the freight terminal of Tunis-Carthage airport had foiled, during the month of September 2020, a similar attempt to smuggle 331 grams of heroin. The heroine was similarly concealed inside a parcel, containing shoes, sent to a citizen residing in Tunisia.