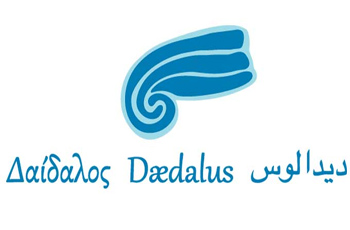 A new Mediterranean electronic portal “Daedalus” to increase job opportunities for young people in the region was launched during an international meeting, held on Monday in Tunis.

The portal is the result of an initiative of nine partners representatives of civil society in 6 Mediterranean countries: Tunisia (Ali Belhaouane Cultural Club), Greece, Italy, Cyprus, Lebanon and Palestine. It aims to contribute to the training of young job seekers to adapt their skills and abilities to the requirements of the labor market in those countries bordering the Mediterranean.

Secretary-General of “Ali Balhouane” cultural club told TAP news agency that the aim of this portal is to provide job opportunities to Mediterranean youth and create a space for exchange and action in the region, stating that this portal is technically developed to enable young people to access it without difficulty.

“The Daedalus portal hosts a large number of private economic companies and also offers significant opportunities for internships,” he noted.

For her part, Houda Slim, board member of the “Ali Balhouane” cultural club said the portal is not only open to young people but also to the heads of public and private companies to interact with their needs and therefore adapt offers to demands in the job market.

Minister of Employment and Vocational Training, Zied Laadhari has, on occasion of the launch of the portal, stressed that unemployed youth in Tunisia are not a burden on society, emphasizing the need to give them every chance to unleash their creativity.

He noted that the portal “Daedalus” offers real employment opportunities via the internet, stressing that the Mediterranean is not only concerned with security issues such as illegal immigration, but can also become a space of communication and mobility between individuals through such initiatives.

Zambia: Re-based Kwacha catches on as 2013 wraps up

Ethiopia/AU: Africa steps up use of domestic resources on infrastructure development

1st Meeting of the Specialized Technical Committee on Communication and Information...