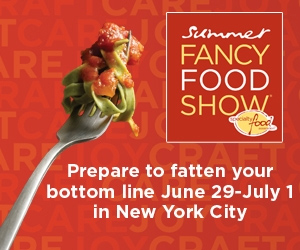 Eleven Tunisian agribusiness firms are participating in the 60th edition of the “Summer Fancy Food Show “held from June 29 to July 2, 2014 in New York.

Tunisia’s participation is coordinated and led by the Centre for Promotion of Exports (CEPEX). It aims to promote Tunisian food products through this show which has become a major business hub in North America.

The Packaging and Conditioning Technical Centre (Packtec) coordinates, for its part, the participation of 10 Tunisian companies operating in the sector of packaged olive oil.

The Summer Fancy Food Show is the largest food industry event in the eastern United States. It is a gateway to the region of the North American Free Trade Agreement (NAFTA), which represents more than 407 million consumers and 75 billion U.S. dollars of imports of food products.