HomeNewsTunisia: 250 MTD to be allocated to finance micro projects
News

Tunisia: 250 MTD to be allocated to finance micro projects 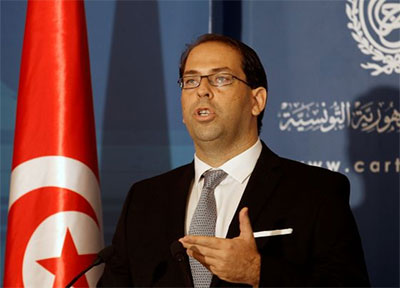 A line of funding of 250 million Tunisian dinars (MTD) will be dedicated to micro-credits, Prime Minister Youssef Chahed said Saturday.

Speaking at the national conference of microcredit associations held in Tunis, Chahed added that this funding will be granted under a contract between the Tunisian Solidarity Bank (BTS) and development associations. This funding will be granted to owners of micro projects in all regions with a value not exceeding 5 thousand dinars for each project.

He underlined that the government will work to introduce medium-term reforms, to root the culture of entrepreneurship among young people, introducing it into syllabi in different schools (from primary level up to university).

He added that the dissemination of the culture of entrepreneurship, which remains one of the main mechanisms of employment, will be a priority for Tunisia, coupled with the revival of growth, the integration of inland regions, investment, export and production.

He said the objective is to create jobs for more than 629 thousand unemployed, of whom 1/3 are university graduates.

The Prime Minister said the government will work in 2017 to encourage micro-projects and strengthen development associations, which number nearly 180, helping them to overcome the difficulties.

He stressed that the focus on microfinance can contribute to changing the country’s development model, promoting domestic regions and developing the forest and agricultural sectors, given their strong employment capacity.

Tunisia: Carthage Cement revenues up 9% in 2015

ME construction disputes on the rise