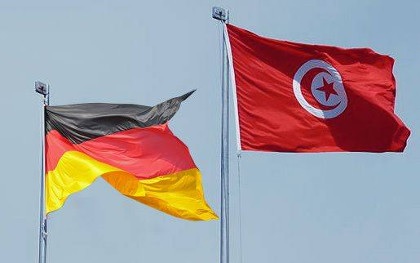 61% of German and Tunisian enterprises affiliated to the Tunisian-German Chamber of Industry and Commerce (AHK) expect an increase in their turnover by the end of 2019, according to the barometer on the situation and prospects of enterprises in Tunisia presented last Tuesday at a press conference in Tunis.

“These results reflect a sense of confidence expressed by German enterprises set up in Tunisia, which are satisfied with the level of education and the availability of workforce,” said AHK President Ibrahim Debache, recalling that no German enterprise has left Tunisia for fifteen years, despite the difficulties faced by the country especially during the post-revolution period.

However, the official pointed out that German businessmen face several failures, particularly related to the customs procedures (55%), the administrative burdens (42%) and the problems with the Central Bank related to the currency transfer (40%).

“As far as customs is concerned, we are suffering, less and less, from the obstruction of the port of Rades, but, more and more, from the slowness of the administrative procedures, making the import and export procedures even more complicated and hampering the attraction of new investments,” he pointed out.

Likewise, he underlined the great risks for the development of German enterprises mentioned by entrepreneurs, namely, the political stability (57% of them), the depreciation of the dinar exchange rate (49%), the rise in the price of energy and raw materials (46%), regulation rigidity (41%) and social instability (37%).

As regards the advantages of the Tunisian site, the entrepreneurs interviewed cited Europe’s geographical proximity (83%), the competitive production costs (50%), the good education level (43%), labor costs (42%) and the availability of labor (38%).

In this connection, AHK Director-General Jörn Bousselmi said that in addition to the creation of employment and investment, the contribution of German enterprises set up in Tunisia also lies in the transfer of technology and knowledge to the Tunisian executives.

He pointed out in this regard, that the Tunisian know-how which is recognized today in the region would probably be the service to be exported to several countries, especially African countries.

Bousselmi highlighted a strong trend by German enterprises to conquer new African markets, starting from Tunisia, specifying that 26% of German enterprises are active in Africa, especially in the regions of East Africa, Central Africa and North Africa.

Out of a total of 1,100 enterprises affiliated to the AHK, around 15% responded to the AHK questionnaire sent in April 2019.

Africa : Economic activity weakened in the second half of...

Tunisia capable of overcoming the crisis, according to IMF

Arab governments urged to back small and medium-size businesses