HomeFeatured NewsTunisia-TD depreciation: we let it go because we cannot afford to intervene,”...
Featured News

Tunisia-TD depreciation: we let it go because we cannot afford to intervene,” says BCT 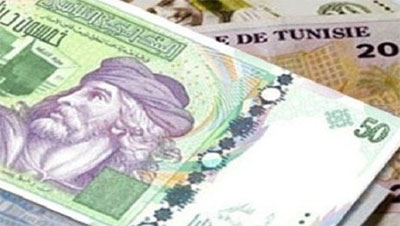 Like their Constitution, which mentioned only 3 times the word economic in its 149 articles, Tunisians show little interest for the economy, except probably for the issue of the exchange.

That said, the Tunisian dinar has depreciated, day after day, against the two most important currencies that make the basket of the BCT.

A more recent explanation for this collapse of the Tunisian currency, which makes confusion between devaluation and depreciation, was given by the latest BCT monthly report on the results of foreign trade for the first 4 months of 2016.

“The expansion of the overall trade balance deficit (goods and services) also concerned trade by resident companies, which have exerted strong pressure on the exchange market, and contributed to the depreciation of the Tunisian dinar against major currencies. This depreciation of the dinar (2016 Q1 / 2015 Q1) had a negative effect on trade of resident companies, contributing up to 320 MTD in the trade deficit of these companies”, says the Central Bank of Tunisia.

What is now certain is that what is happening is a depreciation and not “a devaluation, because it would mean a voluntary decision of the Tunisian authorities” and that “devaluation is not in the pipeline” for the Tunisian financial authorities, as indicated by Governor of the BCT Chedli Ayari in a statement to African Manager.

Faced with depreciation and although it continues, the BCT seems to let it go and in no way seems determined to try to stop the fall of the local currency against the dollar and the euro.

“Currently, we are letting the dinar depreciate. We certainly intervene, but it is just to try to smooth the volatility and big moments of depreciation. However, we are intervening less and less and we cannot afford to intervene. This costs a lot in terms of currency to stabilize it. Hardly do we stabilize it, than it falls again,” Chedli Ayari told African Manager, adding that “should we have acted as we have done previously, we would only restored the rates for a period of 48 hours, no more, “precisely because of the fundamentals of the Tunisian economy.

For Ayari, who has already sounded the alarm about the seriousness of the economic situation in Tunisia, “this slip in the dinar on the markets actually translates the bad fundamentals of the economy. We are currently unable to maintain an artificial exchange rate. To do so, we must intervene with our foreign exchange reserves to try to flood the market and we do not have the means to do it. “

And when asked why Tunisia would not take step towards an outright devaluation, Chedli Ayari said that “devaluing in the current economic climate may trigger negative expectations of operators and we will get only the perverse effect and currency would disappear from the market.”What we notice in all cases, is primarily that the depreciation is not new and that so far, neither exports nor imports have benefited of it!

Press release of the AU PSC 534th meeting on the release...