Tunisia: Attention, recovery could be short-lived! 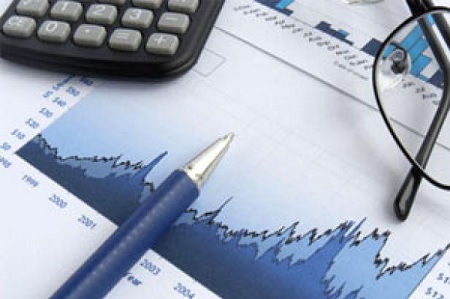 “The growth assumptions of the world economy remain favorable for 2108. However, risks persist. They are both political and commercial.”

This is what emerged from a recent study of the Tunisian Institute of Strategic Studies (ITES).

Given this international environment, the slight improvement in economic growth in the first quarter could be jeopardized for the rest of the year by the investment behavior and loss of competitiveness of the Tunisian economy (eroded by ‘inflation).

Indeed, according to the ITES, the first half of 2018 was characterized by the improvement of Tunisia’s rating of two major index providers: FTSE and MSCI.

This classification by these index providers helps to attract more foreign investors, with the objective of becoming an emerging market. For this it is necessary to attract large capitalizations like large national public companies (STEG, Chemical Group, Régie des tabacs) or private companies that are still unlisted (Telecom, other industrial groups).

This solution also improves the representativeness of the stock market to include sectors such as energy, transport, telecommunications, tourism, agriculture, and increase the liquidity and depth of the market.

Bank revenues also continued their upward trend with an increase in total net banking income of 20.22% on average for the 11 listed banks.

This improvement is mainly explained by the evolution of customer loans (+ 22.18%) and not by the increase in interest margins.

In fact, interest income rose by 36.37%, while interest expense rose by 41.69%. The local banks have thus adjusted their pricing policies. It is clear that the increase in the cost of financing is not attributed to opportunistic behavior on the part of the local banks but rather to the increase of the BCT key rates operated in the framework of a monetary policy of active fight against inflation.

The ITES also notes that the banks did not pass on the increase in risk premiums resulting from the rise during the first quarter of the rate of the sector’s classified receivables at the level of their pricing.

This, in our view, would present a risk on the indicators displayed once the risks have been identified.

In general, the local banks continued to support the national economy with the sector’s increase of + 22.18% from 52.6 billion dinars to 58.4 billion dinars.

This evolution remains out of step with growth in economic activity and GFCF (average of 667 MD since 2011).

The bank financing is primarily used to fund the cash offsets caused by distortions in the inter-company credit chain due to the difficulties in executing state budgets and the longer payment terms since 2011.

It seems that in this configuration, bank financing does not play its full role in financing development through support for business investment programs.

This deterioration in the coverage of liabilities by deposits reflects, according to the ITES, the difficulties in mobilizing resources by banks to support their development.

This development was done mainly by refinancing with the BCT, which heightens the pressure on the money market and results in an increase in the cost of credit.